The park tries to provide an announcement place for the loneliness during the course of life, and holds the dialogue and compromise between loneliness in such a place that builds an as “empty” as possible atmosphere. For those residents who live here throughout the year and tries to turn the public space into private land, they are confronted with this question: during the process of promoting the missing of public space and making the residential area more and more concentrated, what have we lost and rejected? After the completion, the park becomes the focus point and praise target of social media and mock object of other districts in Xiamen. It’s officially listed on the list of “must-sees in Xiamen”  and is well received by the local residents and foreign tourists. 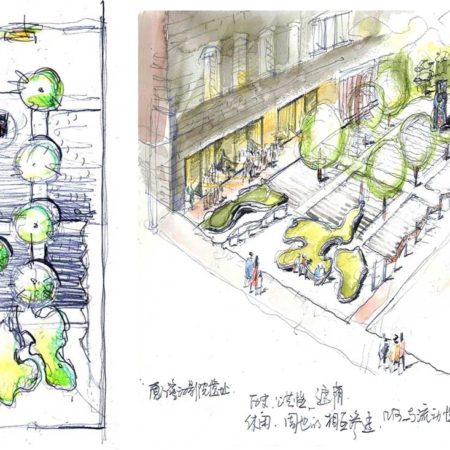 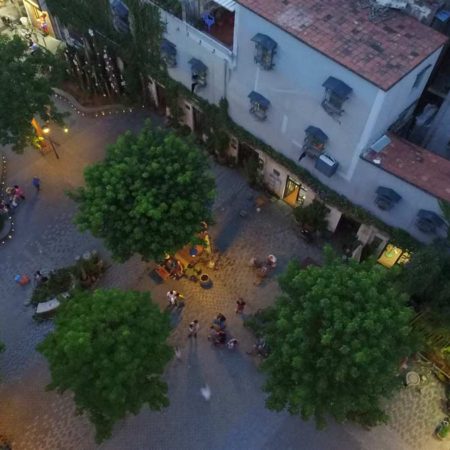 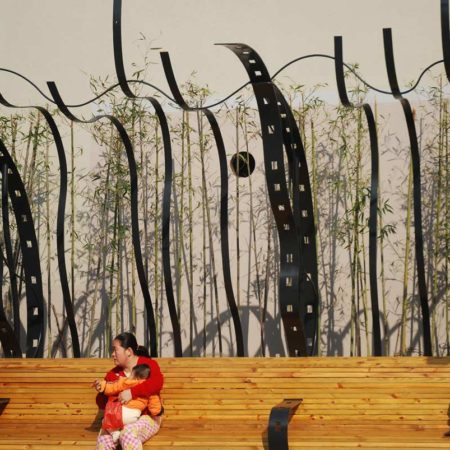 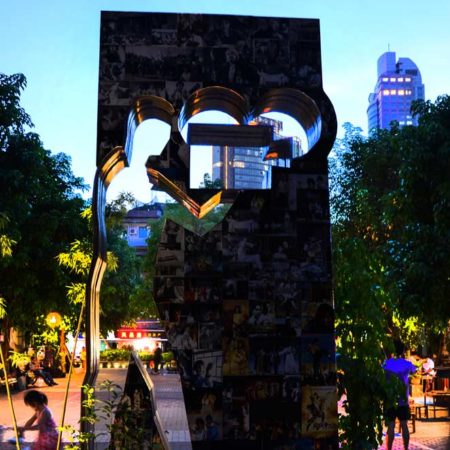 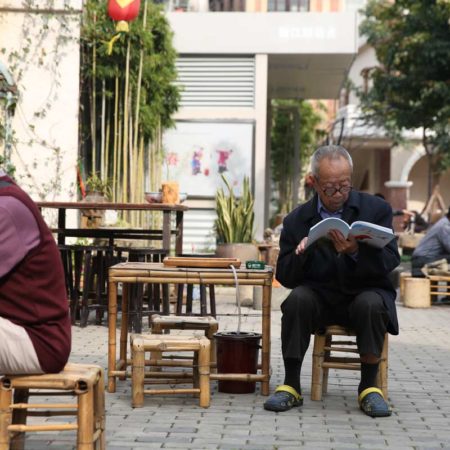 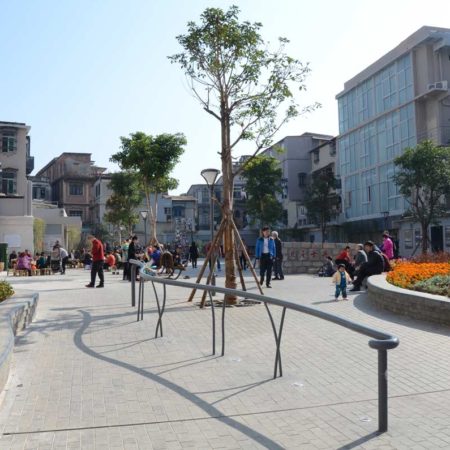 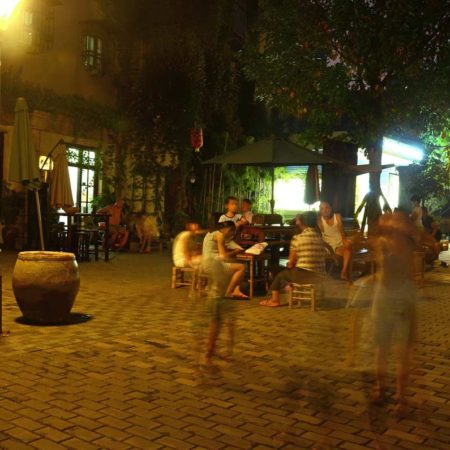 It’s located in the old downtown area of Xiamen, where shows, cinema facilities, ballrooms, karaoke parlors, table tennis rooms and activity centers for the aged are concentrated. It covers an area of 1600 m2 and the building area is 2600 m2. However, the building became dangerous after long-time disrepair. The former theater was reconstructed to a temporary garage after removal and there were many safety hazards, bringing about inconvenience to the neighboring residents.

– Open an “air hole” on the dense city texture and revitalize the old town.
– Build a place where people of all ages and even tourists are willing to visit.
– Continue and develop the original features and functions of the place, and provide an incubator and display area for cultural activities.

The overall ground pavement is made as per the original seat configuration of the theater, from deep to light in color just as the lighting effect layout.
The cultural exhibition wall on one side of the entrance is designed like a roll of unfolded filmstrip. Inside the toughened glass box are displayed the old objects left behind after the removal of Lujiang Theater, such as filmstrip, film ticket, projector model, South Fujian opera costume, musical instrument, doll and mask, etc. They are sealed up for safekeeping in the toughened glass and thus form the cultural exhibition wall. It does not only make the local residents fell very friendly, but also make the tourists feel the strong historical atmosphere.

The elegant steel-plate pergola columns on the left inside the park look like the punching on both sides of the “filmstrip” steel plate. Over the pergola climb the vines, which are beneficial for shading. Under the pergola lie “the old cinema” seats, available for the neighboring residents to rest and communicate. Themed by “film projecting man”. Hollowed-out projectors and people demonstrate the history in the past. The old stills or film photos fired on the porcelain plates on the solid wall are expressions of the pass of time in modern technique and accounts of people’s nostalgic feelings for the old Lujiang Theater.

The project is located at the critical point of a protective street with hundreds of history. The demolished old theater is expected to be transformed into an interactive, open and flexible area influenced by arts and activities. In the whole area, we have set large trees which can offer shades, seats under the trees and a few public artistic devices. And all the other areas can be spaces reserved for all kinds of cultural and exhibition activities at ordinary times. The government cultural department, folk organization and warm-hearted citizens have participated in making the all-year-round activity calendar. Since the establishment of the park, no less than 100 cultural activities have been held there, including a lot of fun and energetic interactive activities such as photographic exhibitions, innovation fairs, traditional folk music concerts and seafood cooking classrooms, etc. Thus the park attracts attentions and wins praises from the social media and is imitated by other districts in Xiamen. Moreover, it’s officially listed on the list of “must-sees in Xiamen” and is well received by the local residents and nonlocal tourists.

Ever since its establishment, the park has continuously demonstrated vigorous and fresh vitality. Its success lies in having a clear target, continuing and developing the functional property of the original place, the government proposing the cooperative method of “joint efforts” by all sectors of the society as well as the appropriate promotion and operation by the owners in the later stage. 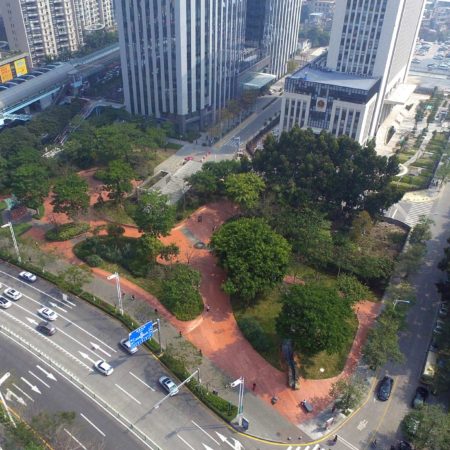