The Alakivi Park is located in eastern Helsinki on a land area of former waste tip of Myllypuro (1954–1962). In the seventies the area was built over with blocks of flats, which were knocked down in 2001 after some remnants of environmental pollution were observed at the area 1998. The remediation of the polluted ground was finished by 2010. 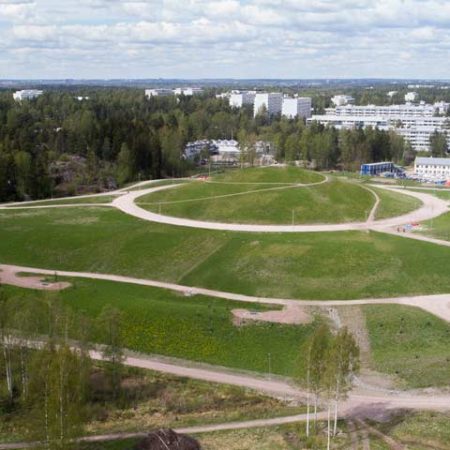 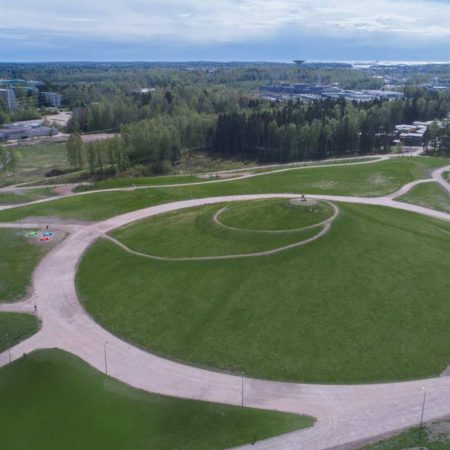 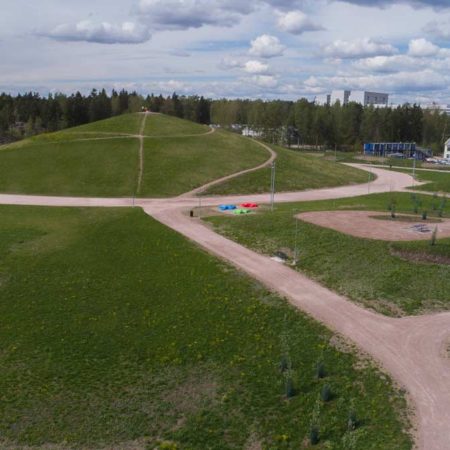 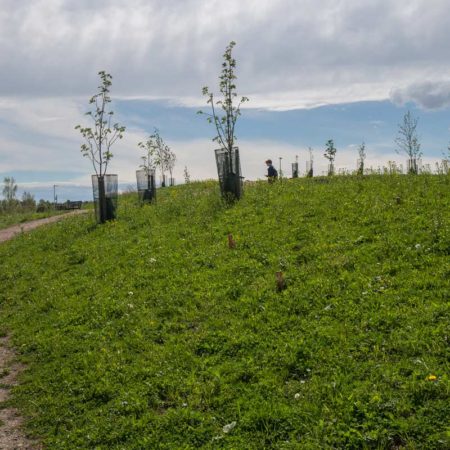 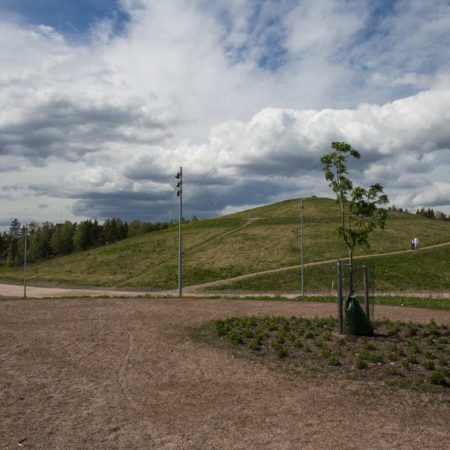 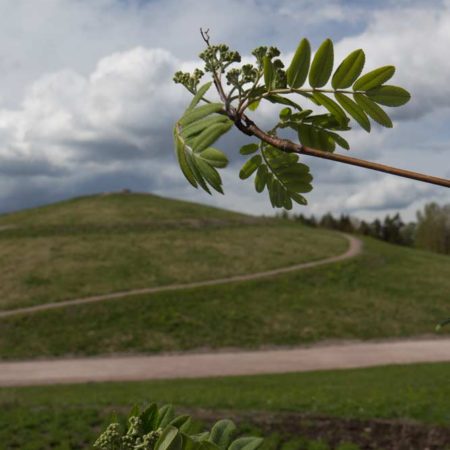 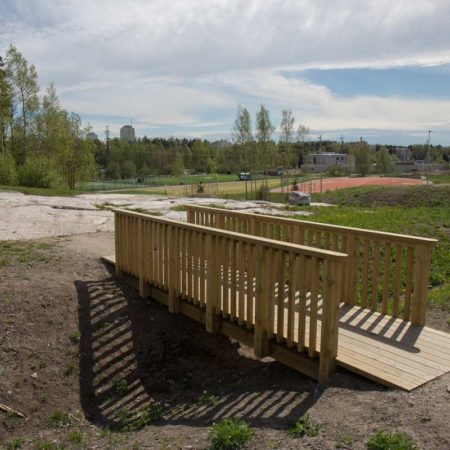 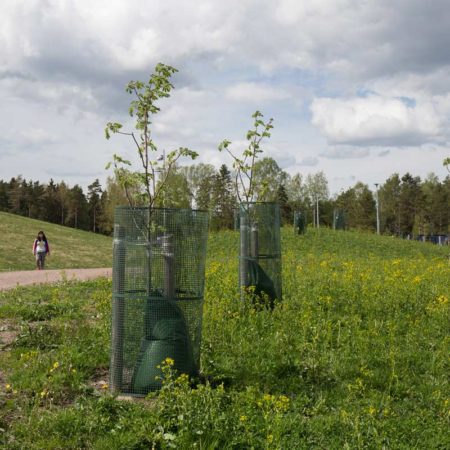 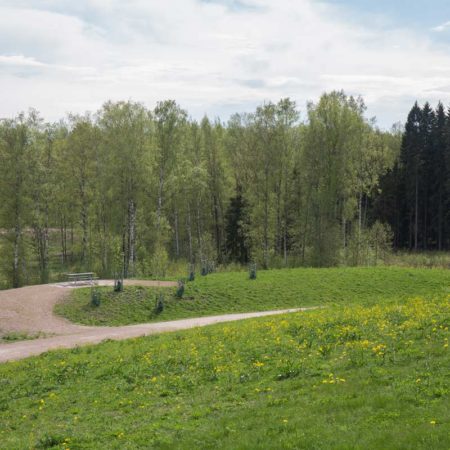 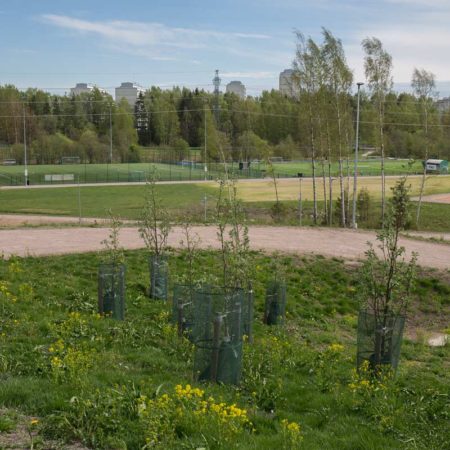 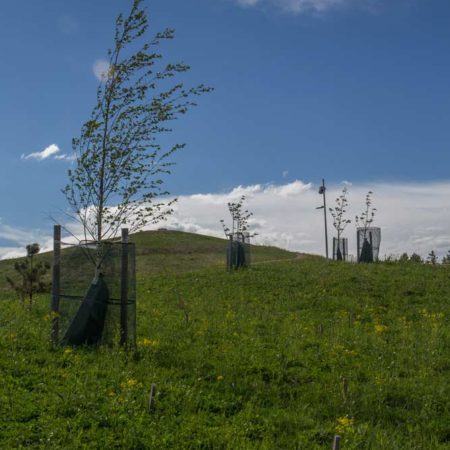 An architectural competition for re-design the area was arranged at 2000. The outcome of the competition was that the construction costs of the design would have been appr 70 million euros. Thus the architectural design would have produced substantial amount of construction and maintenance costs to the investment target. Instead, the park has been designed to be a comfortable and functional park in a cost effective way. The area has been designed for outdoor and recreational purposes to serve the local school, activity center and residents by taking advantage of the wasteland. The old waste tip has been turned into extensive, regionally significant park and recreation area, identity factor, landmark and a vantage point by using resource smart mass building, subtle space design, multifaceted vegetation and special lighting effects.

Control of urban runoff and ecosystem services were central themes during the planning. In the beginning of planning alternatives of 70.000, 50.000 and 35.000 cubic meters of landscaping were studied. The current design highlights the regional central parks nature and recreational values. The surface grounds seedbank was taking advantage of in creating the meadows. The theme for the vegetation is different species of rowans. Routes, activity and picnic areas have been designed to the park. Routes were designed as part of national cycling quality route and local skiing route. The cone, in which the wasteland is capsulated, is highlighted with special lighting. Theme for the lighting is a spring of rowan.

We think, that our project should be awarded, because we have succeed to merge cost effective planning and making the area multifaceted with variable values.
The Alakivi Park has been a remarkable example and a new kind of a pioneer in wasteland re-use and landscaping. The park design and construction of the area improved the local residents’ and users of the school and activity center outdoor and recreational purposes as well resulted in high quality landscaping and recreational environment after remediation of the former polluted land area. We succeeded to enhance the multiform and biodiversity of nature at the area. The construction was done in the most ecological way as possible for example for the effective use of the urban runoff and surface grounds seedbank. We also succeeded in taking advantage of the use of residue soils. 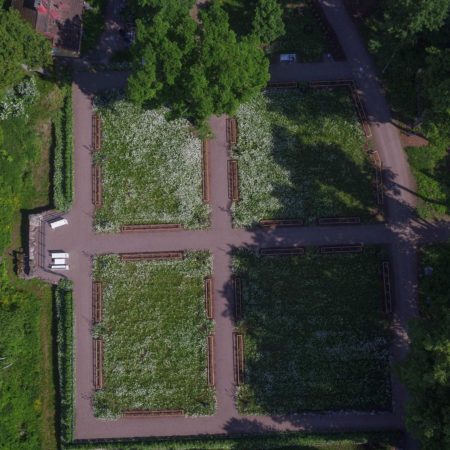