Arnhems Central Station is a dynamic hub for trains, trolleys, cars, pedestrians and bike riders. UNStudio was responsible for the buildings and the master plan. Bureau B+B designed the public space: An urban landscape for encounter and interaction.

The new station in Arnhem is one of a new generation of completely new stations developed in the Netherlands. Rotterdam Central Station opened in 2014, and was followed in 2015 by stations in Arnhem, Delft and The Hague. Breda and Utrecht stations will follow in 2016. The Netherlands has made a strategic choice to develop high-quality stations that are much more than just public transport interchanges. Arnhem Central is where not only national and international trains but also regional and local transport lines converge. In addition, the project includes office towers, a cinema, a car park, shops, restaurants and cafés. The station area distinguishes itself in three significant ways. It responds to the unique landscape characteristics of the setting; it forms an important place of encounter for both inhabitants and travellers; and it creates optimal connections with its urban surroundings. 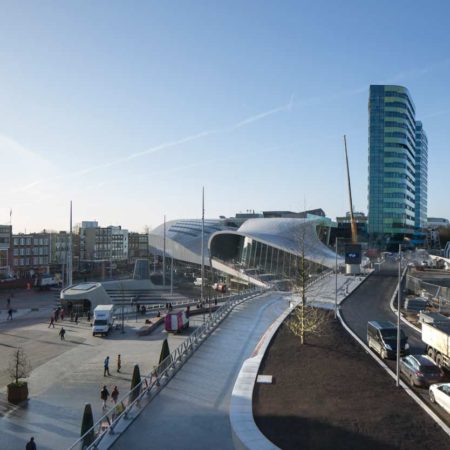 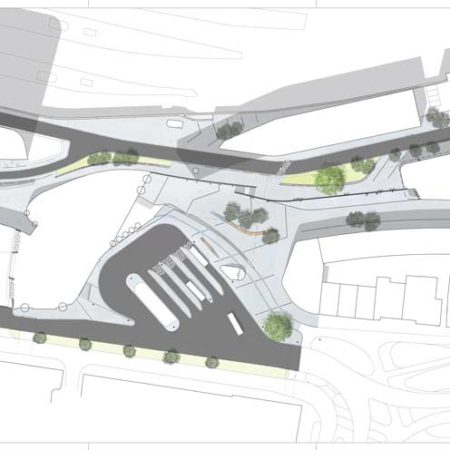 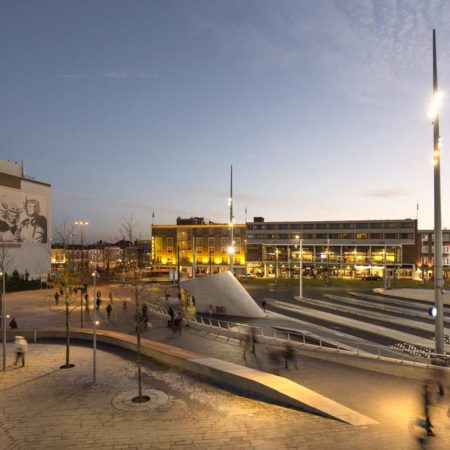 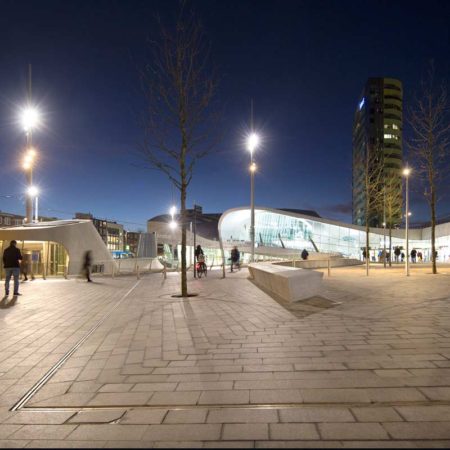 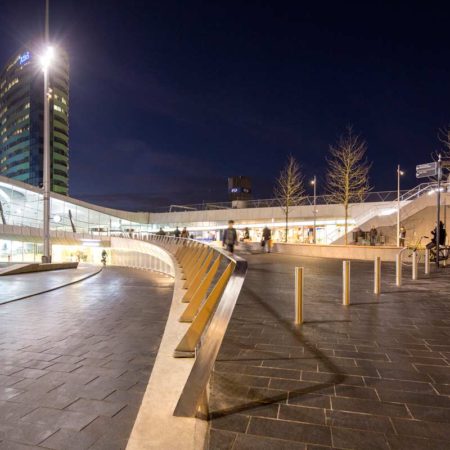 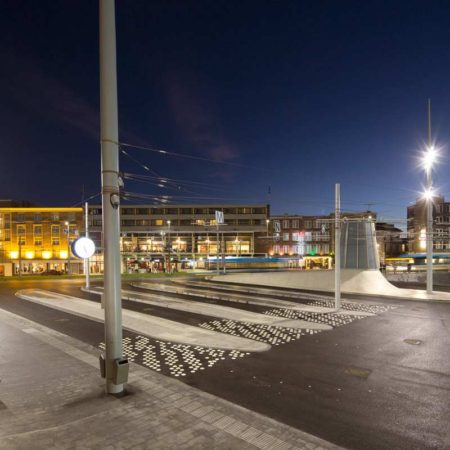 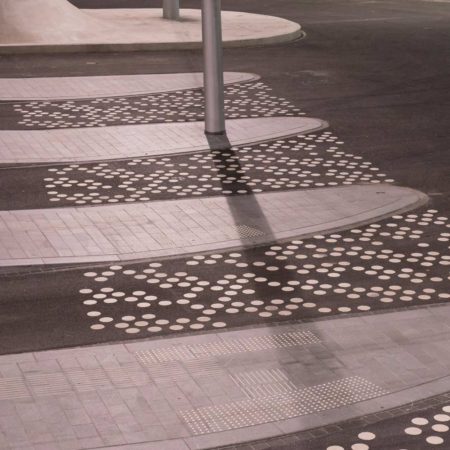 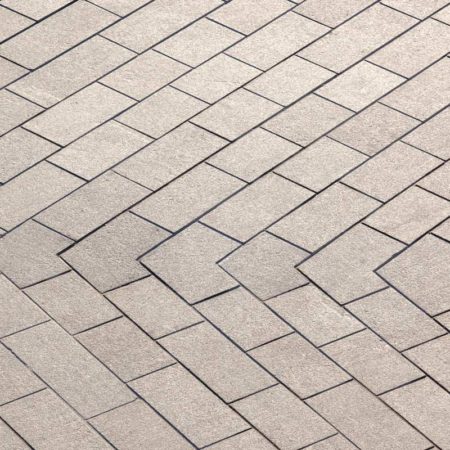 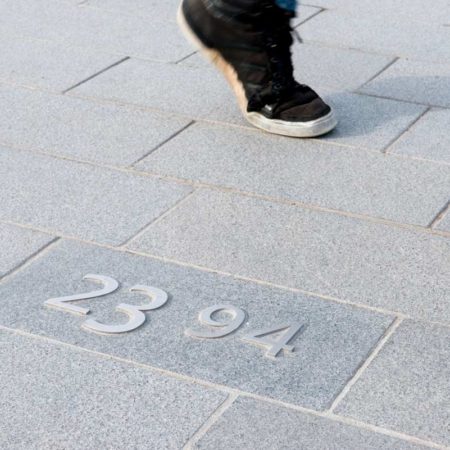 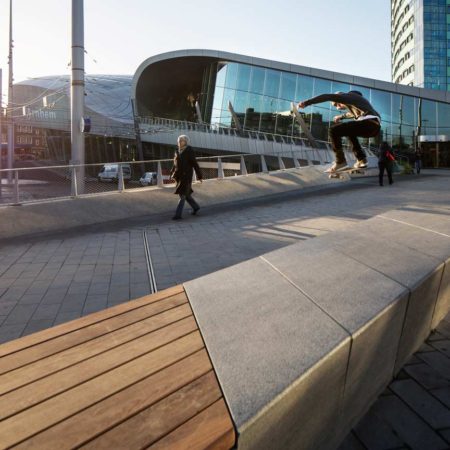 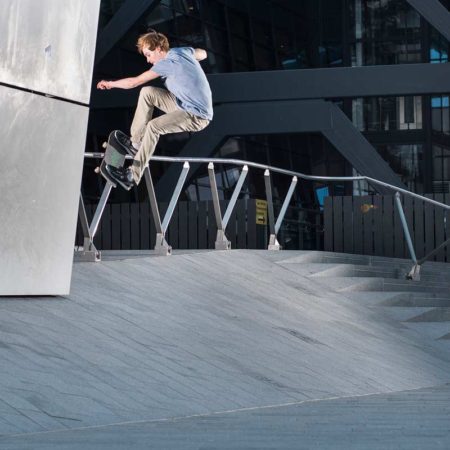 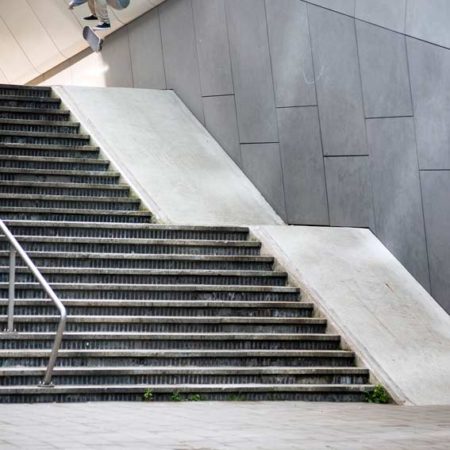 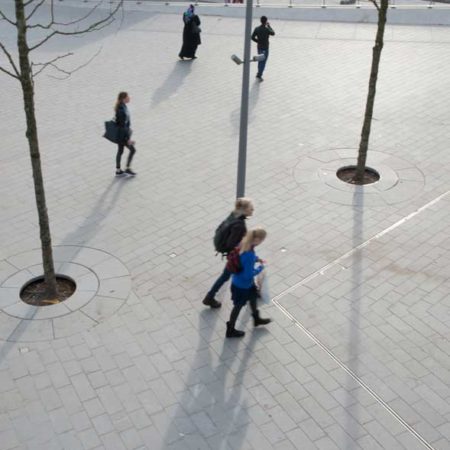 The station area is situated on the transition from the higher grounds of the Veluwe to the lower landscape of the Rijn river. This height difference is the starting point for the design. The station square flows seamlessly out of the station building. The natural stone pavement follows the undulating ground surface. Bigger height differences are bridged by ‘folds’ in the pavement, with wooden seats on them. The planting also reflects the natural landscape of the Veluwe and the Rijn: Shade plants on the lower east side and plants that thrive in the sun in the higher and dryer areas. Impressive plane trees serve as land marks, transparent gleditsias mark the meeting points.

UNStudio’s design is based on movement. Travelers are led in the right direction by the shape of the building. Bureau B+B added reposing quality to this dynamic place. The benches and the planting make the station area more than a place to rush through to catch your train. It is a place to linger. To a designer, it is a great compliment when your design is intensely used. That is why Bureau B+B enjoys the fact that Arnhems new station is very popular among skateboarders.

The natural stone pavement follows the undulating surface in different angles. Tailor made paving stones create smooth connections. Scattered on the floor are steel numbers, marking the height difference. The benches emerge from the surface like waves, or sand dunes. The lighting concept was created in cooperation with Atelier Lek. Lines of light and illuminated banisters lead the way. High lampposts create a safe overview, while smaller fixtures give ambient lighting to the sitting areas. Ground spots high light the monumental trees.

A distinctive feature of Arnhem is its tall trees, so-called ‘forest giants’, scattered around the city. They point to the influence of the nearby Hoge Veluwe landscape with its monumental forests and trees. This characteristic of the city extends into the station area, where impressive sycamores pay tribute to the green identity of Arnhem. They not only link the station to the city but also enhance orientation within the site. The smaller and more transparent honey locusts mark meeting spots and places for encounters. With good exposure to the sun, appropriate illumination and views, these trees contribute substantially to a pleasant atmosphere around the station.
The landscape transition from Hoge Veluwe to the Nederrijn is also legible in the planting scheme. Along the eastern side, plants that thrive in the shade, such as ferns and foliage plants, ensure a sturdy and luxuriant quality, while colourful plants that prefer dry conditions define the appearance of the higher and sunnier zones and are in keeping with the hard-surface character of these zones.

Thanks to its permanent presence in the station area quality team, Bureau B+B made an important contribution to the continuity and quality of the overall design. Intensive collaboration with the city of Arnhem, architecture firm UNStudio and the many specialists involved during the design and implementation phase has resulted in a distinctive station development that is in harmony with the unique and specific characteristics of this city. It is an integral plan in which the built volumes and public space design merge seamlessly and emphasize the unique natural and topographic qualities of this place. 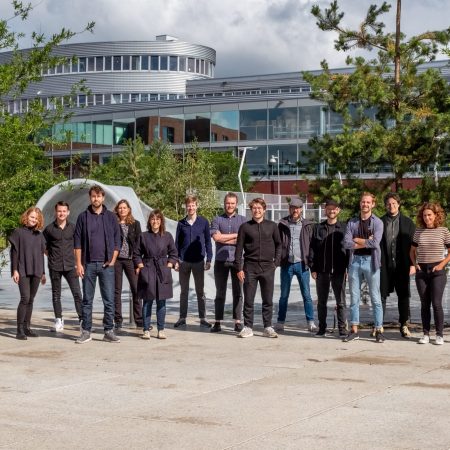 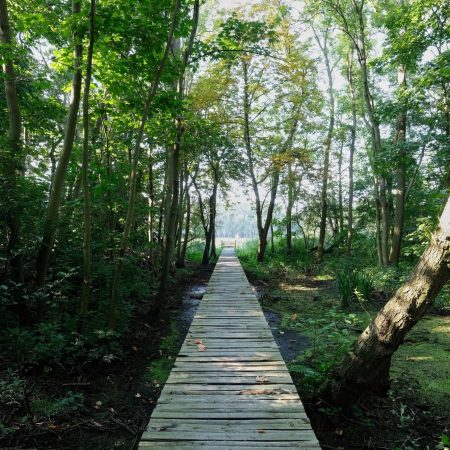 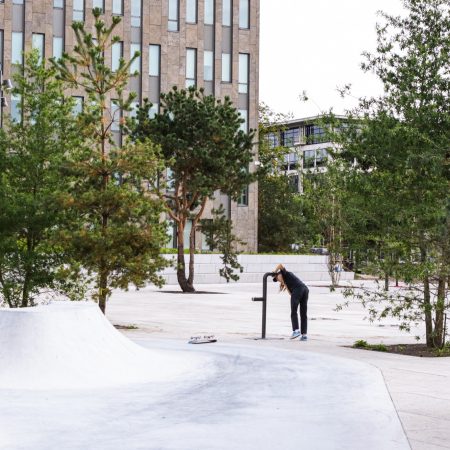 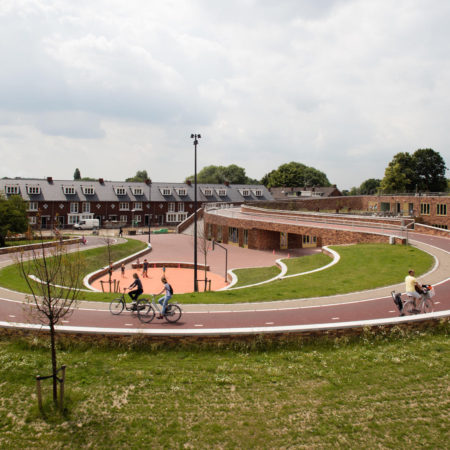