Inaugurated in 1994, the Park Diderot is probably the most well known achievement in France by the landscape designer Allain Provost, illustrating his erudite approach to gardens, his rigourous approach to the project, and noteworthy for the history of gardens. This garden is considered as an element in the end of the 20th century French heritage; despite a few problems of dilapidation and difficult access, the garden has maintained all of its conceptual framework. The renovation is carried out with respect for the initial project, associated with a contemporary approach and adaptation to new uses to guarantee the durability. Updating certain norms has proven to be necessary too, while preserving the the spirit of the original conception. A phytosanitary diagnosis identified the dying subjects and envisaged the conditions of maintaining the tree planted stratum. The bushes and perennial plants are renewed, soil amended, locks restored, and furniture replaced, so that this park is returned to the residents and users of the Defense without transforming the original conception. 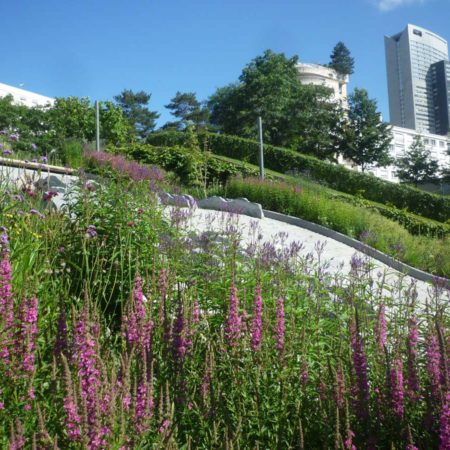 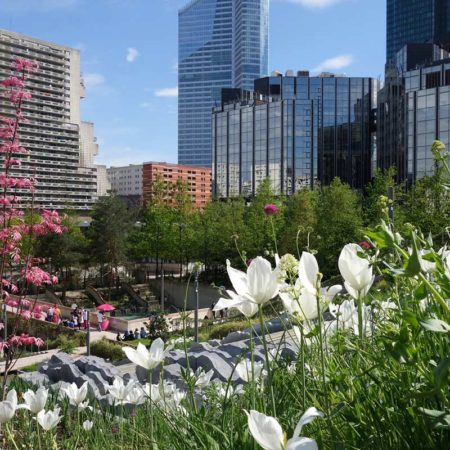 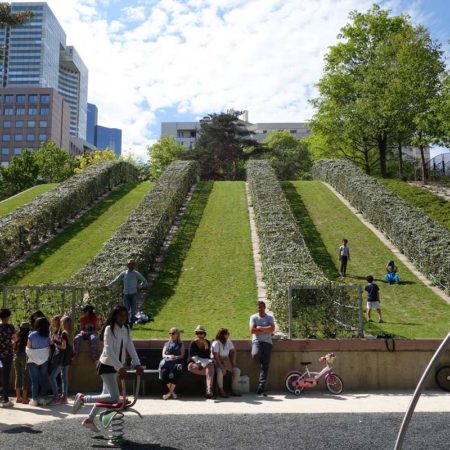 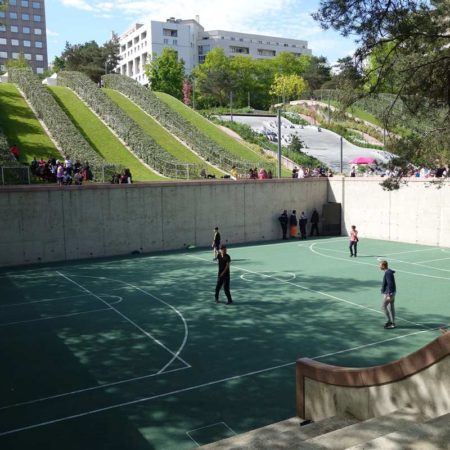 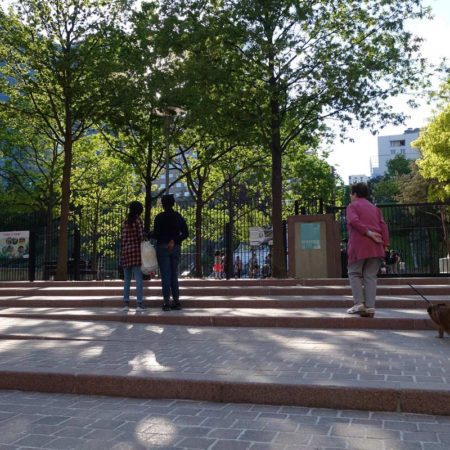 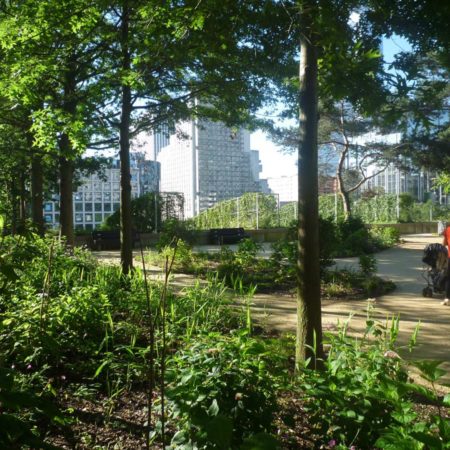 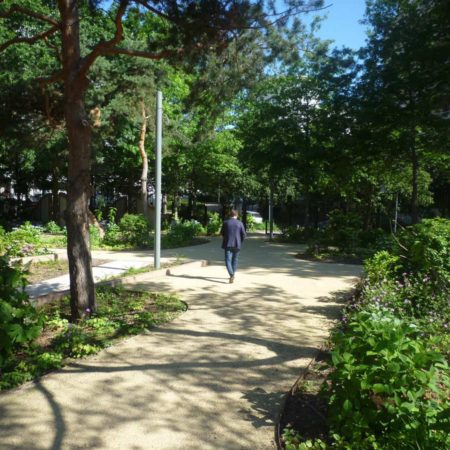 Restructuration of the Villemessant Park, Enghien-les-Bains