Odunpazarı Municipality, the biggest municipality in the city of Eskişehir in Turkey, requested a project for the regeneration of the Hamamyolu Street interpreting its socio-cultural, historical and visual identity, to reintegrate it into the city. While being a ‘town center’ until the end of 20th century, the street lost its public value and this situation caused the weakening of the relationship between the north and south side of the city. It was aimed to use its potential as a town center which connects these two sides, to attract tourists and to transform it into a vibrant urban element not only serving tourists but also becoming an important part of daily life, thus benefitting tradesman through an economic revival and increasing the social sharing amongst the residents and users of the district. Hamamyolu Urban Deck is an urban design project with 26.088 sqm land area and 1.050 sqm construction area. The project is a body of layers that generate multiple links with the city in a unique way. 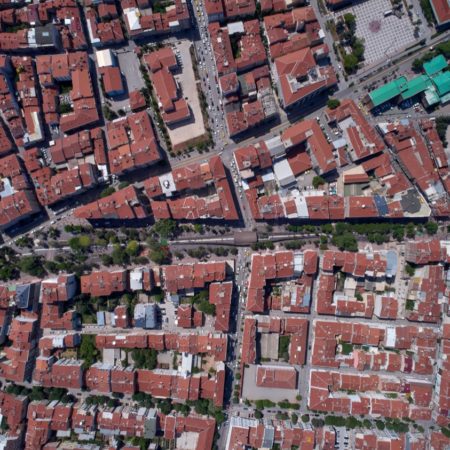 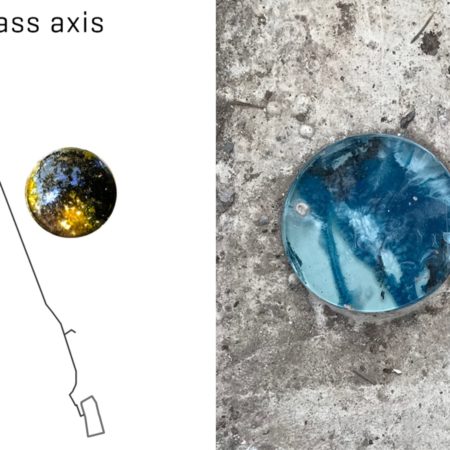 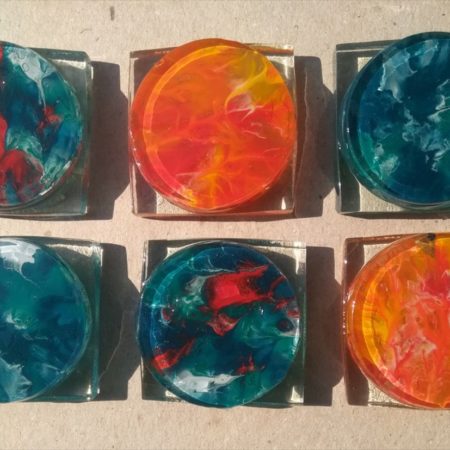 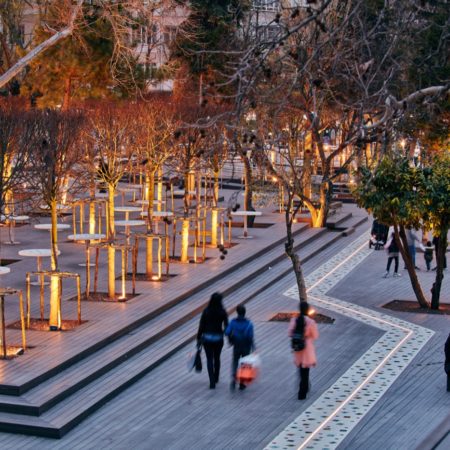 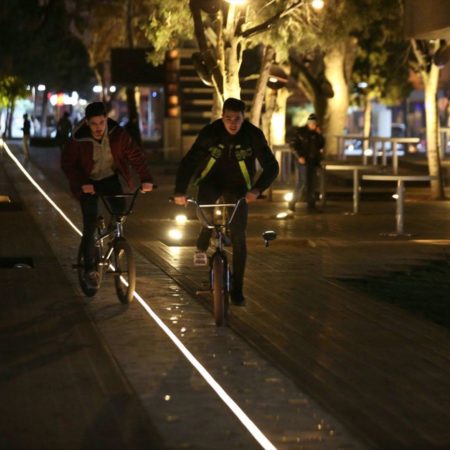 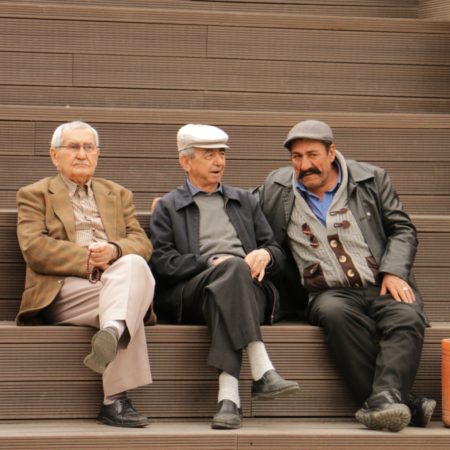 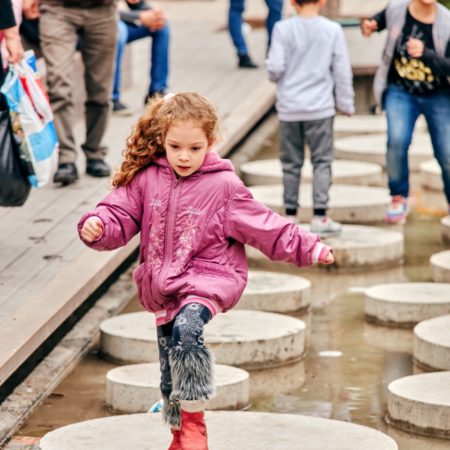 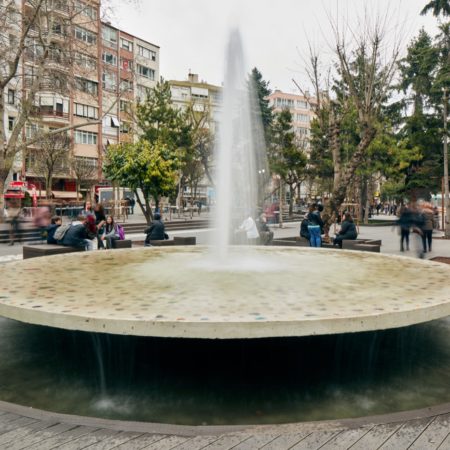 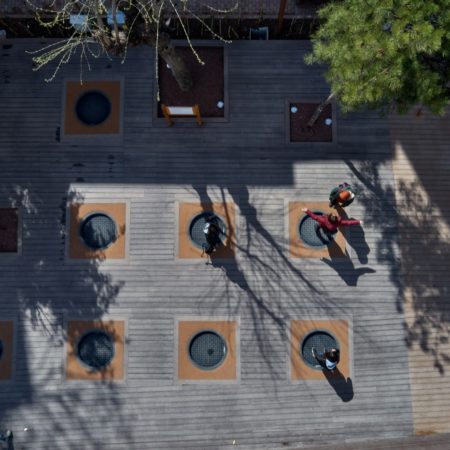 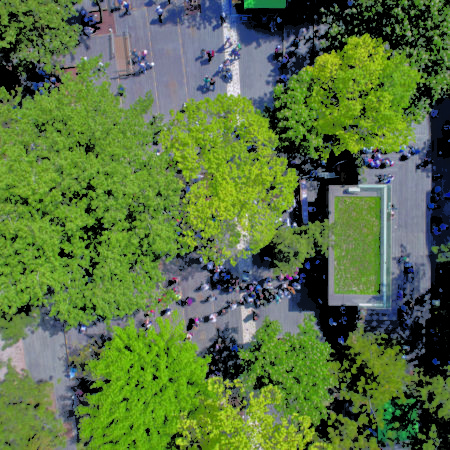 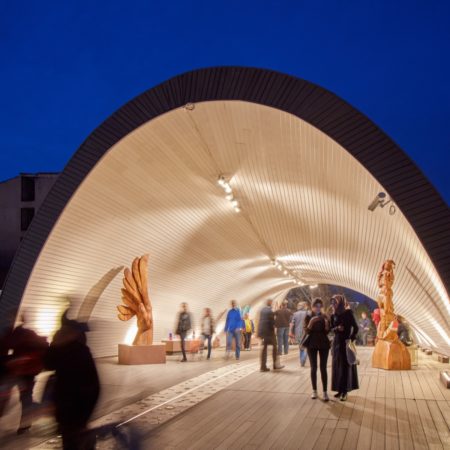 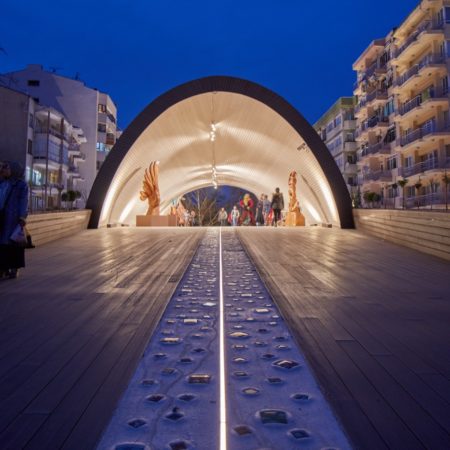 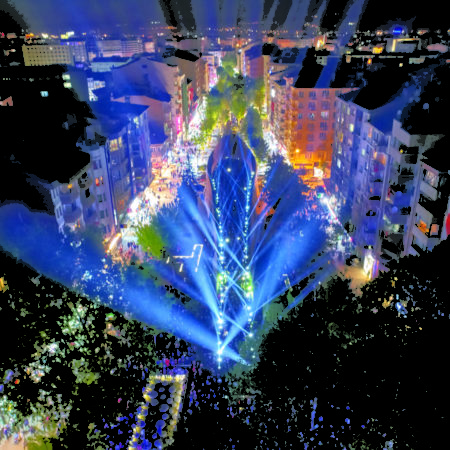 The most important link is a “macroscale link” with the city which reconnects the northern and southern parts of the city with a continuous pedestrian street. The second link is a “green link” which breathes a new life into Hamamyolu Street. In addition to the existing 126 perennial trees; 50 new lindens, 262 new shrubs, 3877 new ivies, 3066 new groundcover plants, 585 new grass areas are added in order to create a “green belt” from south to north.

For an uniterrupted pedestrian movement along south and north sides of the city, the road which is crossing Hamamyolu Street is overpassed by a bridge which is also used as an open art museum where the local identity is exposed and exhibited.

Odunpazarı district is known for its glass production workshops, where the local tradition of glass manufacture is still alive and active. Many artisans produce handcrafts which are exhibited and sold within the city. One of the inspiration and cultural link for Hamamyolu Project comes from this local glass production. A unique type of urban axis is implemented into the project as a 1.2 km long pedestrian path, with 2 cm wide linear led light beam that passes through the centre, and with hand-made glasses embedded to white cement. 22.000 pieces of local handmade glass in total were embedded into the ground. This unique combination of materials also helps to enhance the local economy by creating a new type of usage for glass. In addition, the linear led light beam emphasizes the continuity of the urban axis by making it visible. The urban axis is shaped with respect to existing trees.

Urban links between the urban deck and the surrounding context are created by connecting to the 11 existing passages on Hamamyolu and surrounding streets. While these connections are emphasized with glass embedded white cement in the entrances, the connection with the streets is highlighted through the color change of wooden floorings.
One of the demands of the people of Eskişehir is to increase the number and variety of the café and seating areas in Hamamyolu. Various types of cafés are created and differentiated with their concept. Roofs of the cafés are covered with greenery and connected to the ground with steps which also work as multipurpose amphi providing more seating areas. The capacity of free urban seating increased from 1.000 to 5.000 which encourages visitors to spend more time in Hamamyolu.

One of the most prominent and enjoyed feature of the Hamamyolu Urban Deck is to become a fun environment, containing numbers of different playgrounds such as trampolines, stone pools, amphies, etc. for different age groups. Other than the playgrounds and the facilities designed particularly for children, the whole urban deck itself becomes a playground for everyone with its three-dimensional use. Various playgrounds are integrated into Hamamyolu such that “play” is mixed with the natural flow of everyday life.

The use of water elements are valued due to its historical context. There are three types of pools that are designed with different states of water in different forms and dimensions: bowl pigeon pool, stone pools and steam pool. The location of the steam pool is chosen to emphasize the area of historical Turkish baths “Hamam” in which the site name comes from. The pigeon pool that is made up of free form handmade glasses which are embedded to elevated concrete bowl is placed to a specific location where pigeons used to drink water.

“A free multipurpose art museum”, which is open to two sides, is designed in the middle of the bridge-passageway, establishing a “cultural link” to the city. Wooden sculptures designed by wood artists for International Wooden Sculpture Festival, and glass and ceramic works that are produced in Odunpazarı Glass Ateliers are being exhibited in this museum. The juxtaposition of art-play-production-exhibition-greenery-relaxation-activities and different age groups reveals itself in the bridge museum as well as in the whole area.

The main purpose of “Hamamyolu Urban Deck” project is to bring the old center back to the city with a fresh manner, to create multiple links with the city and to incorporate unique elements that become social enjoyments for people of all ages into the urban space, to include these elements in the flow of life naturally, and to create a background for urban life with the spaces that can be experienced by rediscovering everyday. 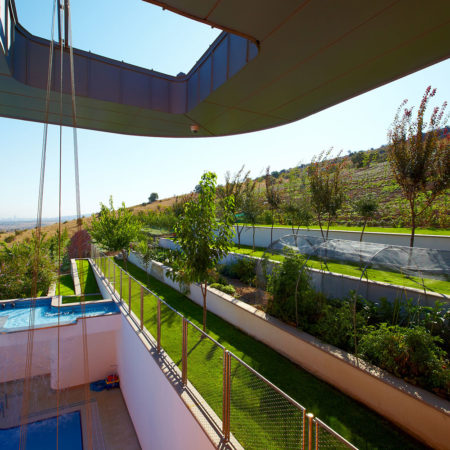