In 1987 the Historic Centre of Mexico City entered the UNESCO World Heritage List. And in 2011, the Mexico City government established a Master Plan for its management. Focusing on authenticity and integrity as guidelines.

Hidalgo Avenue, located in the Historic Centre, is one of the oldest and most important streets, as well as being one of the most visited in the urban area. Dates over 700 hundred years old and it can be tracked down since the first known plans for Mexico City. 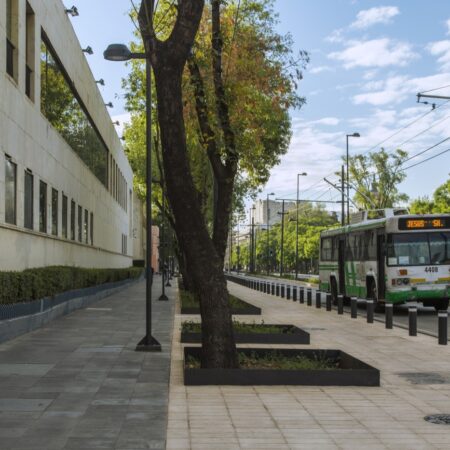 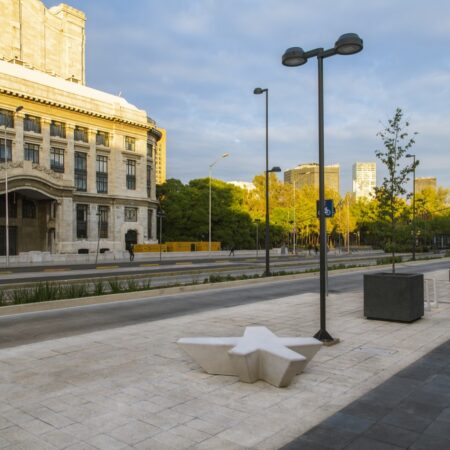 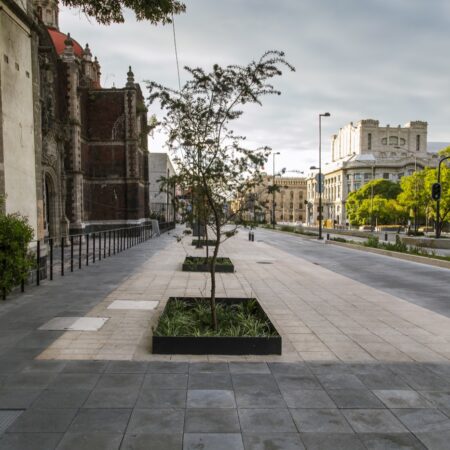 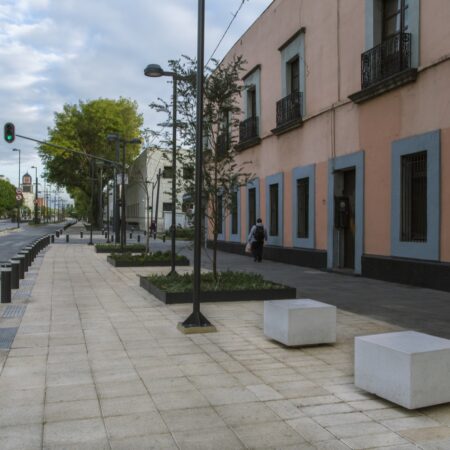 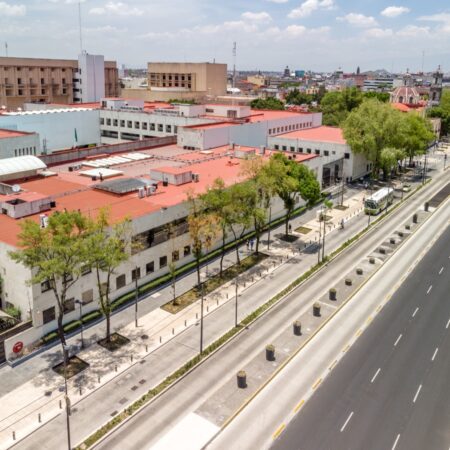 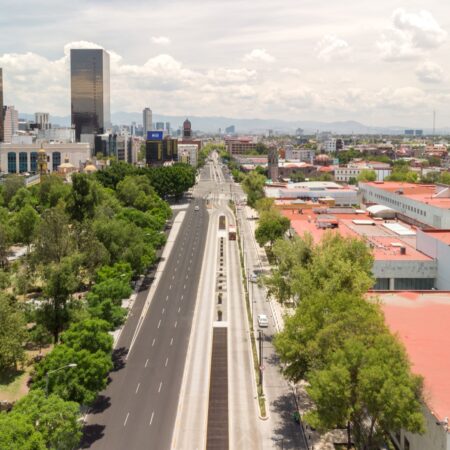 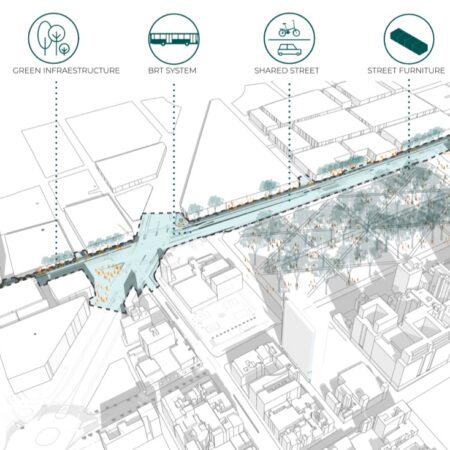 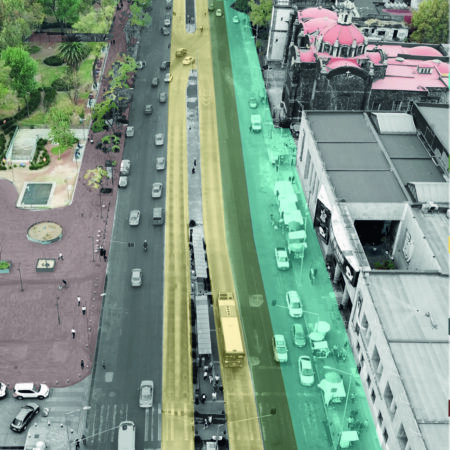 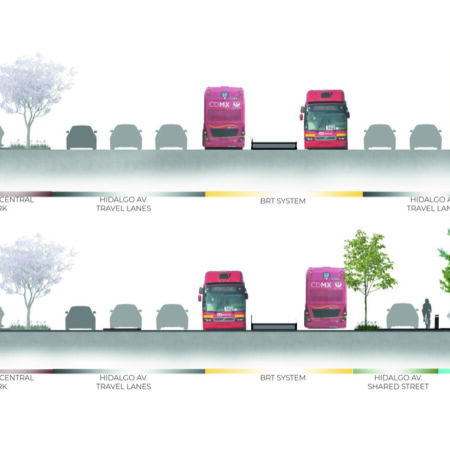 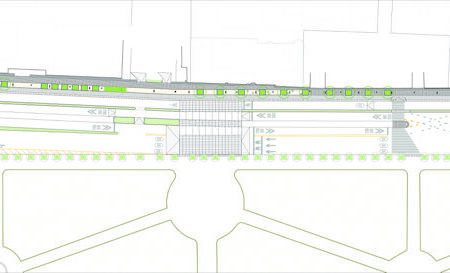 The project of Hidalgo Av. follows the Master Plan objectives. By revitalizing the Santa María neighborhood (a parallel renovation project lead by the government at one of the most insecure and delinquency areas of the city). Without compromising its unique design characteristics, personality, and high quality. And pairing it with the development of Alameda Central Park, Paseo de la Reforma Avenue, and Juarez Avenue.

The main objective of the authorities and TallerCD is for the Public Space to be safe for recreation, visit, and mobility by reestablishing the balance between urban, social, economic, and touristic aspects.

We achieved urban improvement by prioritizing pedestrian mobility and creating a peaceful coexistence between public transportation, its inhabitants, and visitors.

The design process was a collaborative effort between TallerCD and the neighboring community. We listened to their specific demands, like an illuminated space that could ensure everyone’s safety, street furniture, greener areas, a matching urban image, larger areas for recreation, and a more friendly space for pedestrians and cyclists.

The intervened area is located between Eje Central St. and Paseo de la Reforma Avenue. This area is “the historic center”, also known as the heart of Mexico City. These two streets function also as an important entrance for pedestrians and motorists to the center of the city.

Both streets are famous for the iconic spots you can find alongside them. Some examples include:

Because of the cultural surroundings, historical characteristics, and political relevance of the area, the project required an innovative and sophisticated solution. Thus during the design process, we had special care when considering the impact of the urban design on the pedestrian scale.

Before the intervention, the avenue consisted of several lanes that generated traffic and represented a misuse of public space. As for public transportation, the middle lanes are occupied by a BRT system that runs between a couple of subway stations alongside a cycling infrastructure. But the lack of security and organization in the space generated distrust in pedestrians and cyclists alike. To solve these problems the area needed a redesign to improve transit and to create a safe place for everyone.

First, to reduce traffic we redirected some lanes to create a street circuit. This street circuit connects to the Alameda Central Park and redirects drivers to less transited streets.

Second, using one of the lanes to create a shared street that only authorized vehicles can use pedestrians are able to enjoy the space. And cyclists can transit to other bicycle lanes. The remaining lanes on the north side of the street were closed by the extension of the new sidewalk, which in turn increased public space for pedestrians and cyclists.

As for the benefits pedestrians gained as a result of the intervention:

Hidalgo Avenue was a turning point for the revitalization of the Historic Centre of Mexico City. A project that incorporates mobility solutions, universal accessibility, and high-quality materials by increasing the lifespan of the street and becoming a new milestone for Mexico City.