Shyshymskaya Gorka project is the first stage for a major urban transformation scheme of Uktus, district of Ekaterinburg – the 2 million inhabitant capital of the Sverdlovsk region, Russia. The ambitious urban scheme, developed together with a Dutch architectural firm KCAP for local developer Brusnika, sets up to transform a mix of dilapidated wooden and brick houses and haphazard blocks of flats constructed during the last 50 years in various styles, into a cohesive urban structure. The aim is to provide all necessary amenities to current and future inhabitants, including a substantial green infrastructure component. The scheme also establishes an equally ambitious set of goals that, if met, will at least partially make this area of the city more climatically, economically, and socially resilient. 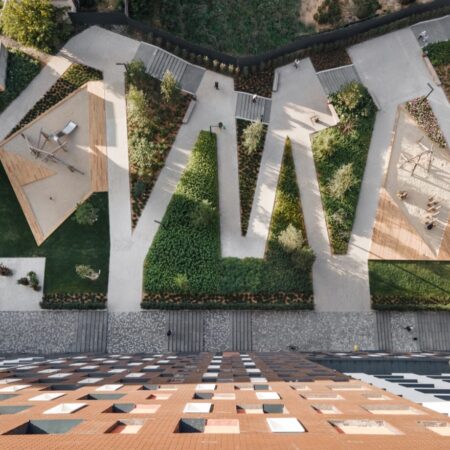 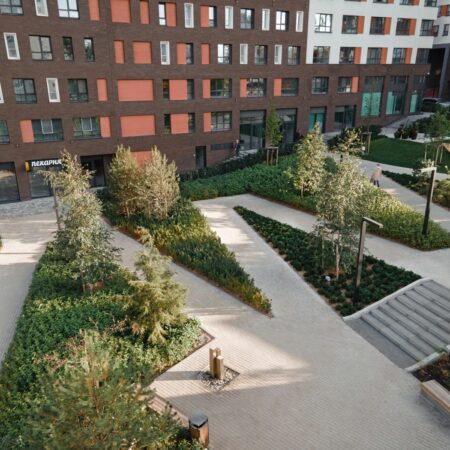 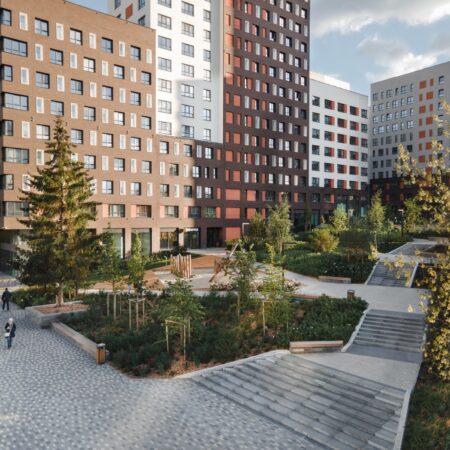 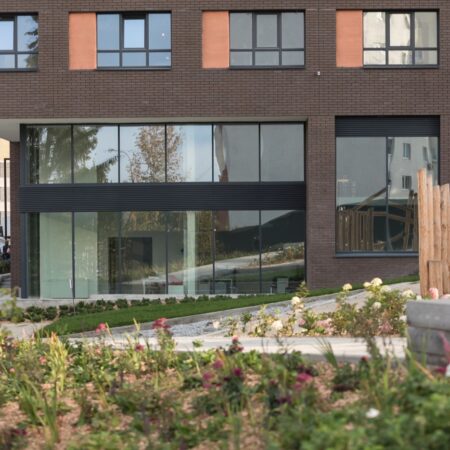 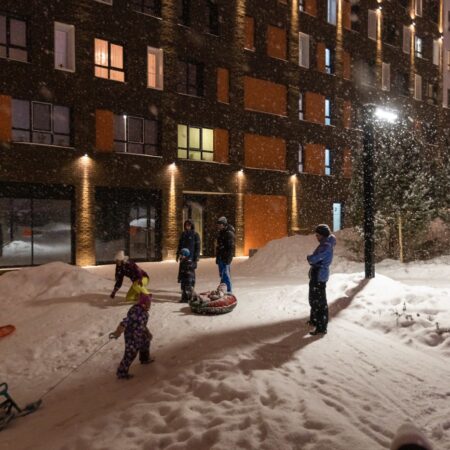 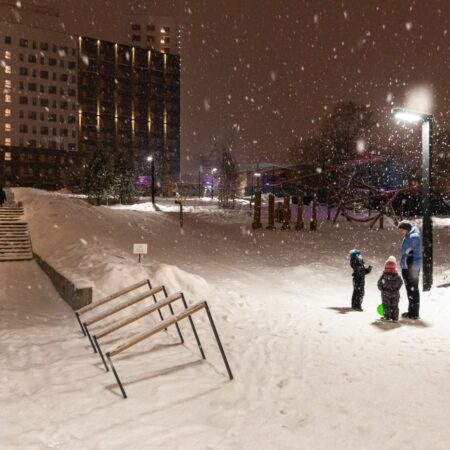 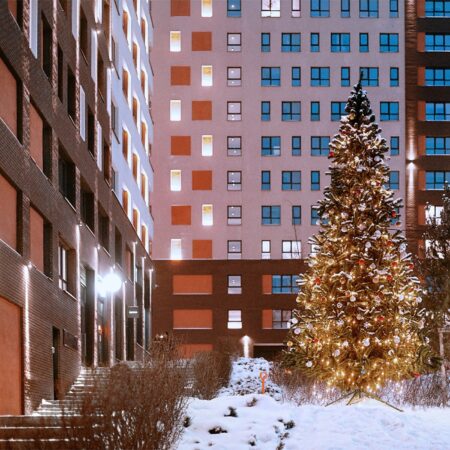 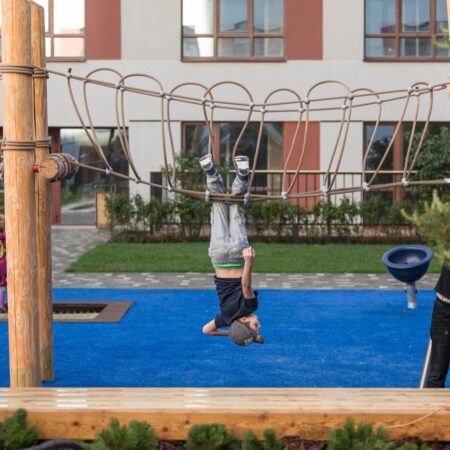 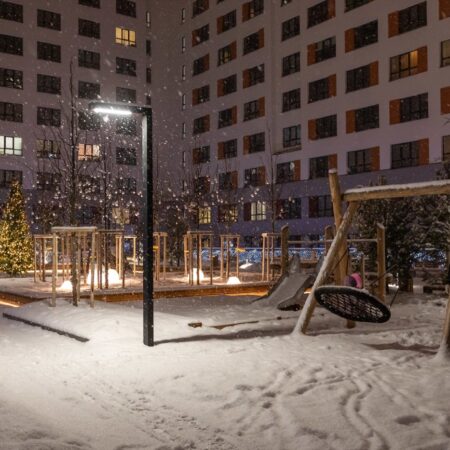 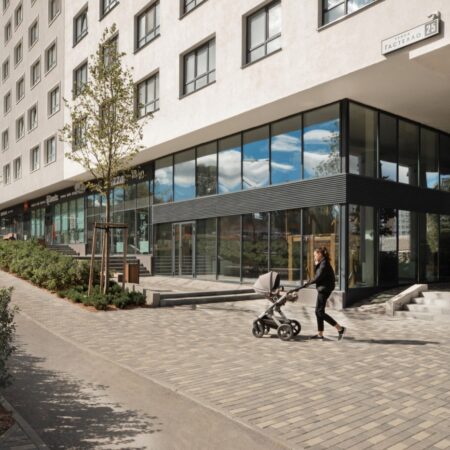 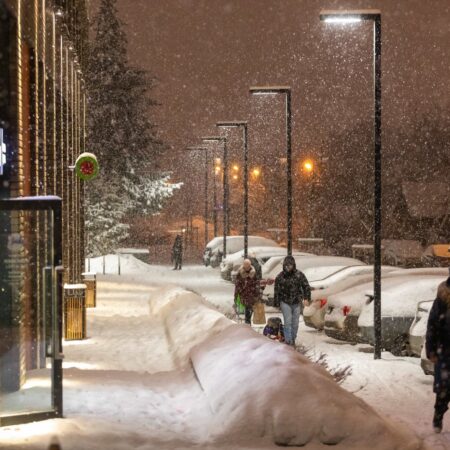 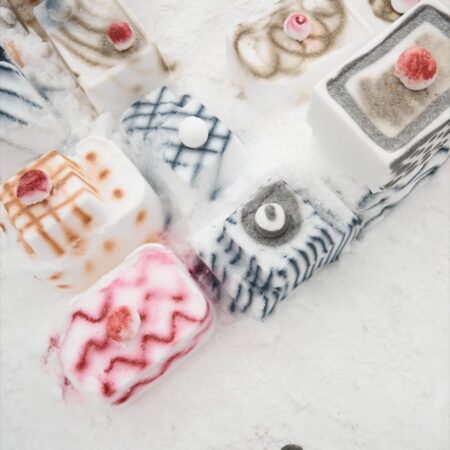 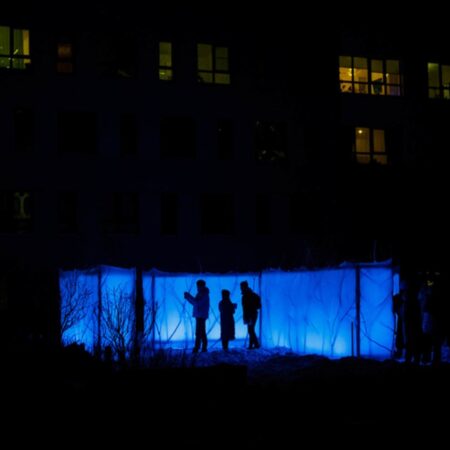 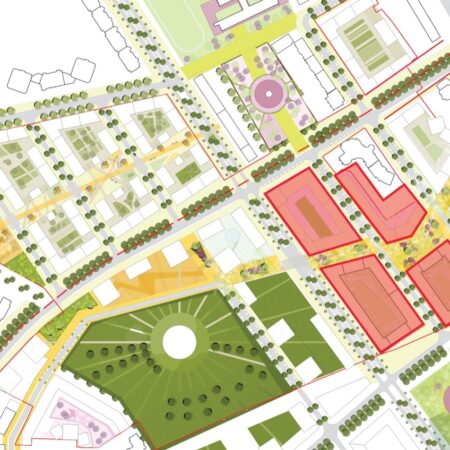 The project has been a good illustration of the client’s motto – “we do not build flats, we build cities.” The first stage consists of four parts. Designed by various architects as urban blocks, with traffic-free central courtyards that form green hearts for each of the four neighborhoods. The scheme also includes a significant transformation of streets between and around the blocks.

All four blocks are constructed on underground car-parks, freeing internal courtyards and surrounding streets from disorderly car parking that has been a major problem of many world cities. The impact of car parks that will still be left at the street level has been carefully mitigated using planting and thoughtful planning. Courtyards have been turned into communal gardens, with 75% of these areas being covered by plants. With children’s playgrounds, sports facilities, water features, shrouded in densely planted shrub and perennial beds and large tree specimens, courtyards provide shelter from the heat of continental summers with a temperature rising to +30 centigrade, as well as the gusty winds of Ural winters – with temperatures plunging below -25 centigrade.

The streets have also been lined with lime tree avenues and a mix of deciduous and evergreen shrubs, mitigating the heat island effect and organizing spaces. Wide bicycle lines constructed along the streets create the core of a future district-wide bicycle system that will be integrated with the planned city network.

One of the major challenges while working on the design was a steep change of levels going down eastward towards the Iset river. In some places, the central West-East avenue was climbing at a 12% steep slope – making it unusable for elderly or disabled. It could have resulted in difficulties with the commercialization of shop spaces along the avenue. The problem has been solved by turning the street into a pedestrian green boulevard/linear park. With a path at a pleasant incline of 3%, all groups of potential users can use it, making a former problematic area into the new center of neighborly activities.  It has been transformed into a green axis, a linear neighborhood park providing such needed public space. With a strong geometry, the avenue provides a no-fuss, bold design statement, strengthened by a mass planting scheme of shrubs and modern perennial border mixes. A mix of evergreen pines, spruces, and eastern hemlock with deciduous limes, birches, and acers, creates a strong structure, twelve months of the year. During winter, the boulevard’s steep grass slopes turn into a wonderland for tobogganing children and their parents.

To help activating the new neighborhood, “Brusnika” together with an art foundation “Kulturnyi Tranzit” created an art residency. Various artists started using the central axis as an exhibition place for art installations or happenings with the main aim of involving all residents of the district. So far, the results show that skillful use of landscape and commercial techniques together with cultural and social activism can create vibrant, lively spaces.

At the landscape level, the project demonstrates how with the right use of topography and bold planting, a potential design problem can be turned into an asset. The scheme uses landscape as a unifying feature, with simple repetitive components that bring clarity to the public realm.

The first stage of the Uktus district transformation provides a bold footprint for the rest of the area. If carried through, it has the potential to create a vibrant, friendly neighborhood with a strong and unique urban character.

Architecture offices involved in the design (if any): KCAP, Rotterdam 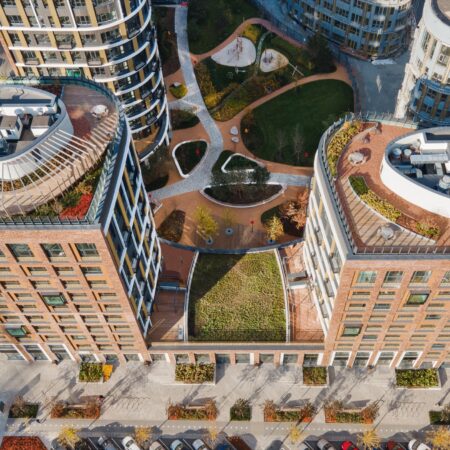