The Renovation of the Steinbach park is part of The Mulhouse Grand Centre. This urban project was derived from the observation that the city centre’s population is draining, pauperizing and the area is showing signs of commercial stagnation. Economic, social and urban studies as well as comparisons with French cities of the same size, confirmed to local elected officials the urgency of the situation. In charge of this urban renovation project to revive the city centre, we oriented our work on four axes: re-composition of public space, densification, a signalling system and a scenic tour through the city. The establishment of a guidebook enabled those involved with the project to make choices and establish priorities for the renovation of Mulhouse. 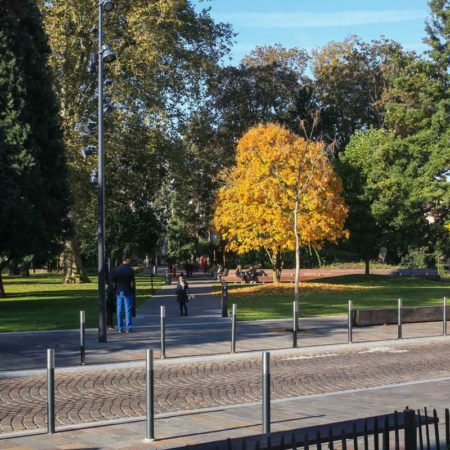 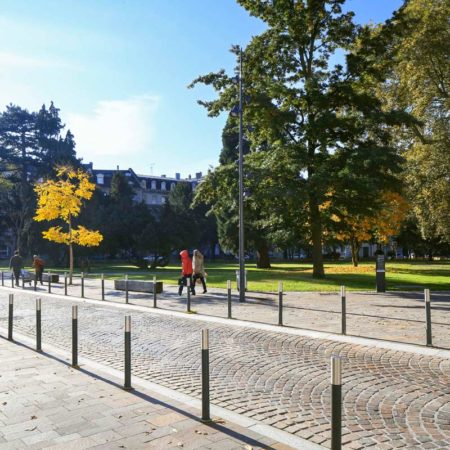 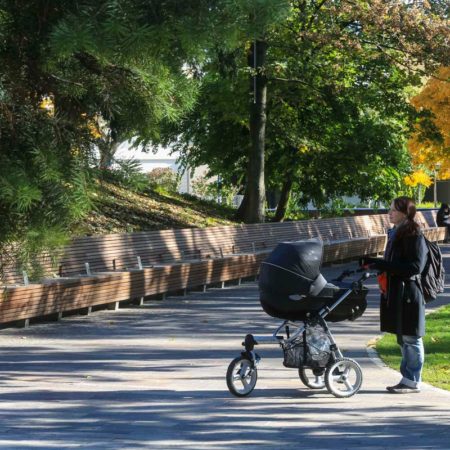 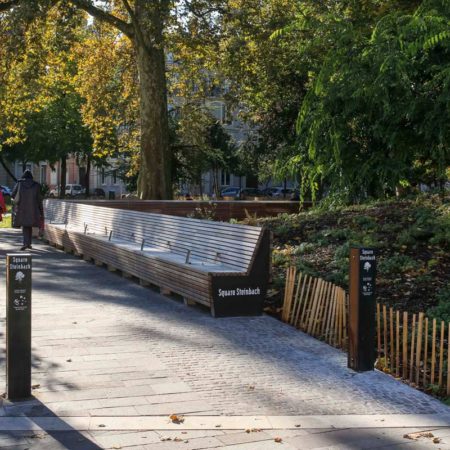 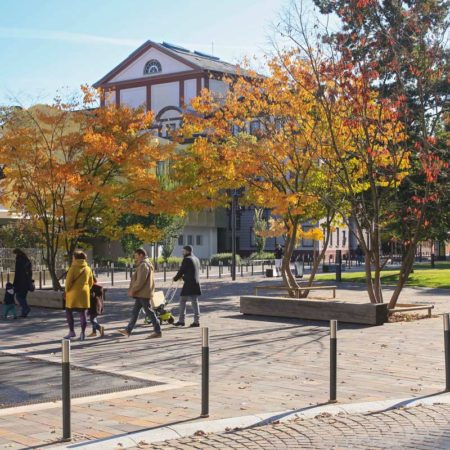 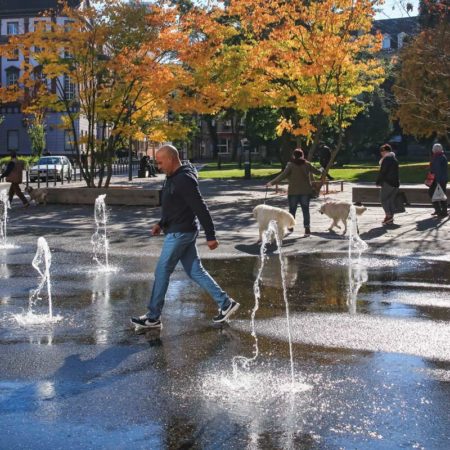 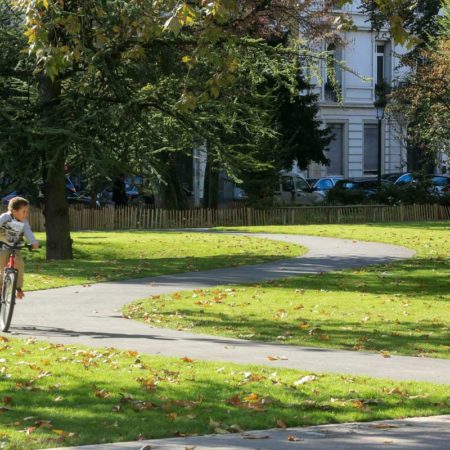 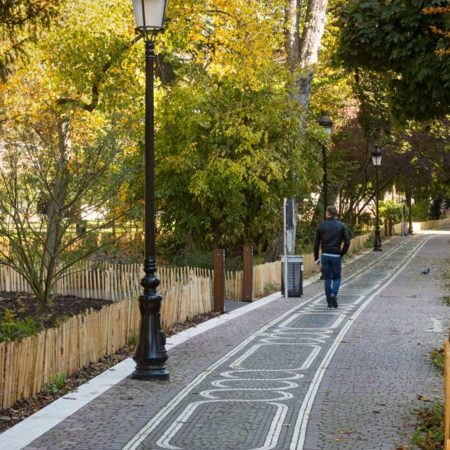 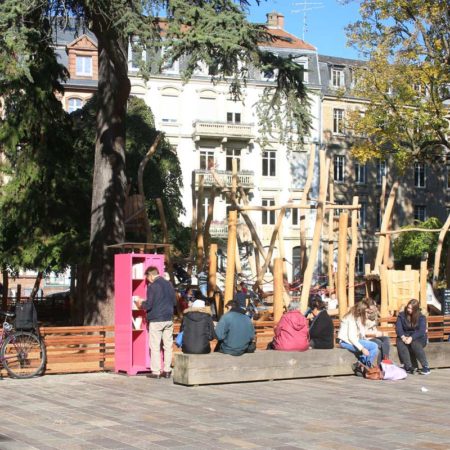 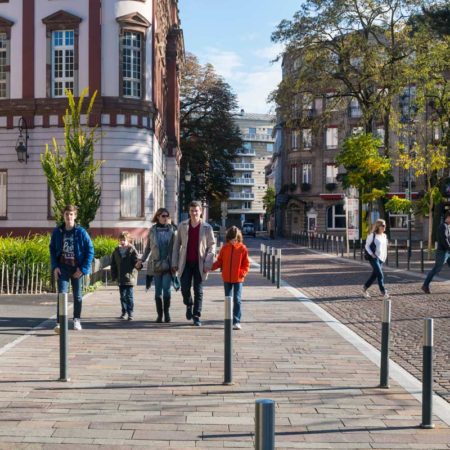 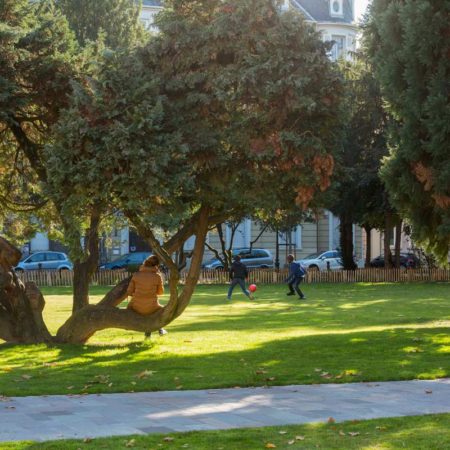 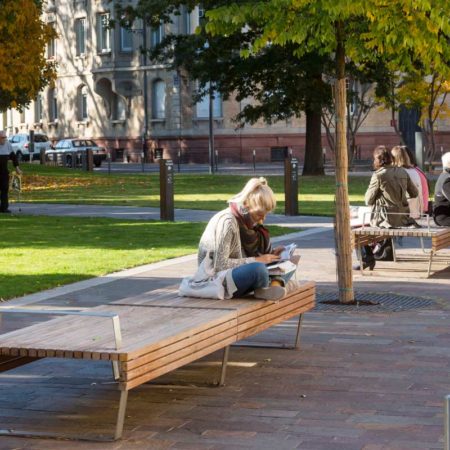 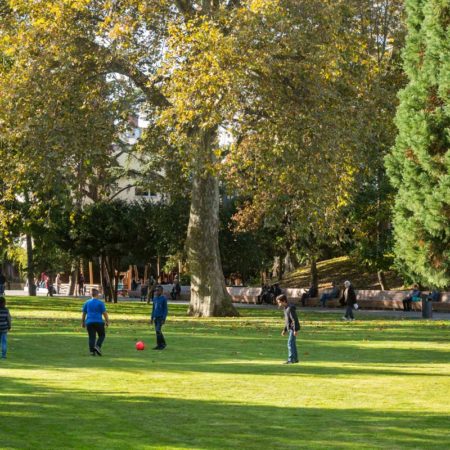 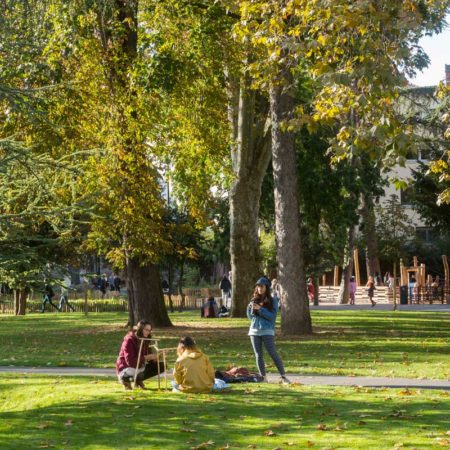 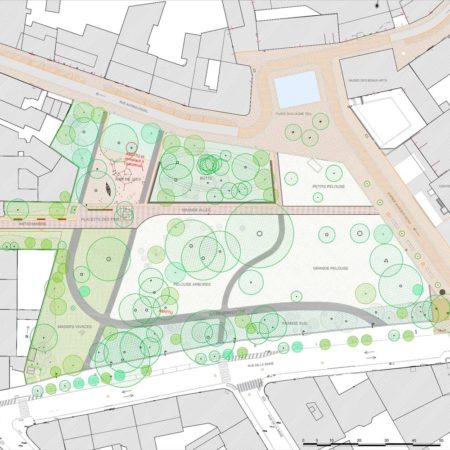 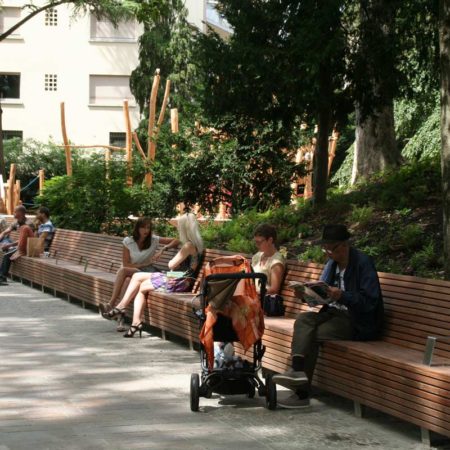 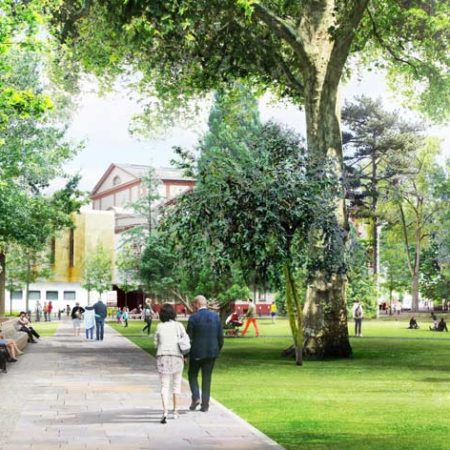 The Steinbach park is the most central garden in the Mulhouse city centre. It clearly went through numerous transformations over time. The accumulation of unfortunate functional objects, and very crude development projects in the 1980’s, dominated the landscape of the square. It was obvious that the park had to be renovated, as a symbol of the Mulhouse Grand Centre project. We proposed a minimalist and regenerating project in the garden, which lacked proper management. The edges had become progressively more opaque, and the lack of height and the trees selected had broken up the scales and perspectives of the city’s remarkable architecture.

Therefore, the project consists of giving structure, bring back the light and the sun inside the park, to open it to the city and to new users. We first selected trees according to their state of health and their volume, in order to regenerate the garden by planting new items that fit the spirit of the place. We also provided improved open spaces leading toward the theatre, the choreographic centre and the Museum of Fine Arts. The Guillaume Tell Square was freed of its cars and the path to the theatre was planted.

On the ground two strategies are embroidered together: a planted, flowering area for wandering and walking, and a grassy lawn area for all forms of uses. The large straight path crosses the park as a spine. All the main spaces hang on it, the playground, the small hill, the large lawn, the Guillaume Tell Square, The Beaux Arts museum and the Theatre. It is bordered by a large bench, specifically design, modern and comfortable, at the scale of this main public space. This is the place where people can meet and take the sun. A more natural atmosphere and in line with the project was given to the playground, that has been enlarged and renovated with wooden games.

The public spaces at the edge of the park were also redesigned, the pavements were renovated into porphyry slabs.  The park, which was an aging and inappropriate place, got back to its charm and attraction, mattering again in the lives of the inhabitants 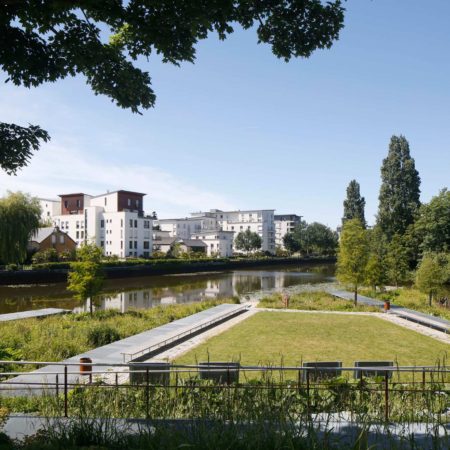