Before the competition was held in 2001, the 3 km coastline was already accessible for the citizens of Helsingborg. The main criteria were to make the coastline even more accessible and to attract more users. Furthermore, a special and characteristic identity was important. In the masterplan the aims of the competition are carried on in the main concept of transforming the coastline into a public space based on the existing qualities.

The principal element is a wide promenade with a low wall in the form of a bench, whose curving lines brings the whole section together. With the promenade forming the central axis, great variety can be offered in the areas around it. A wide wooden deck runs along the promenade for 600 metres and offers a bathing possibility in an urban setting. The wooden deck has the curved shape from a beach divided by three piers in concrete that leads to the water. The wooden deck is furnished with deck chairs and changing facilities. A section of the promenade runs alongside a busy road, Strandvägen for a total of 750 metres, and is here given the characteristics of an elongated square. The principal concept lies in a change to the width of the road, narrowing it so that it will consist of a single lane in each direction, with designated spaces for parking and a large space for walking. The existing granite wall is maintained due to its great visual value. Emphasis has been placed on creating many different possibilities for leisure, dialogue and movement. The areas of movement and leisure are built in concrete, and separated by a line of drain grating. The floor of the area of movement is marked with red paint at every 100 metres.

At night part of the promenade is lit by street lights on wooden lamp posts which evoke the world of boats. The idea of the lighting is to create a unique character, with the darkness in the background, for the seafront promenade from the public bath Pålsjö in the north to the square Liatorpplatsen. It is essential that a barrier of light be avoided, so that the view over the dark waters will not be lost. In selected areas the concrete paving is lit with fields of light and the projection of illuminated images. The pergolas become portals of light. The square Liatorpsplatsen is given unique lighting in the form of an illuminated image projected over the concrete surface and dots of light embedded in the paving and in the wall.

This long, wide promenade comes to an end beside the square Liatorpsplatsen where a large staircase, with deep steps to sit on, leads down to the beach. A ramp connects the promenade to the beach and the jetty from which people can dive into the water. In the north, the extension of the promenade is marked by a wooden deck placed outside the existing wall. Near the water, the deck is closed off by a handrail and furnished with deck chairs.

Since the open idea competition was won in 2002, the project has been developed and built over three stages ending in 2010. The special lighting design is a result of a collaboration with ÅF lighting. The Helsingborg Seafront Promenade is a great example of how the transition from city to water can be staged by simple initiatives creating spatial functionality and atmosphere. 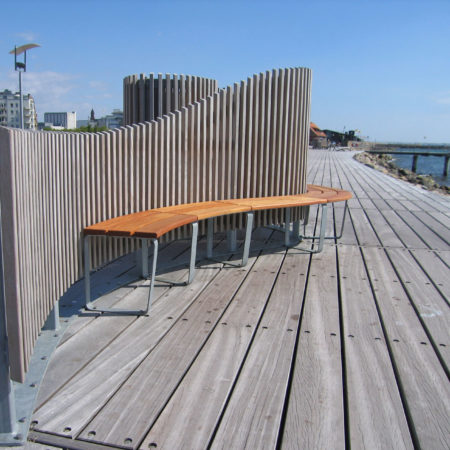 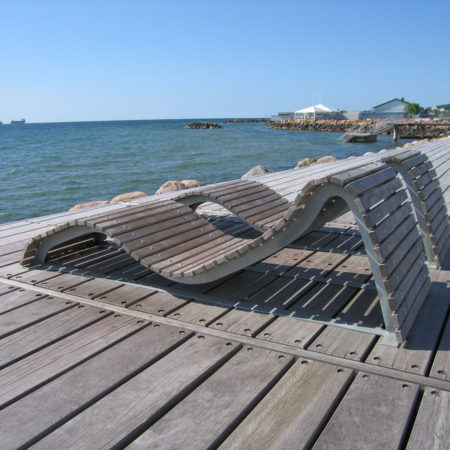 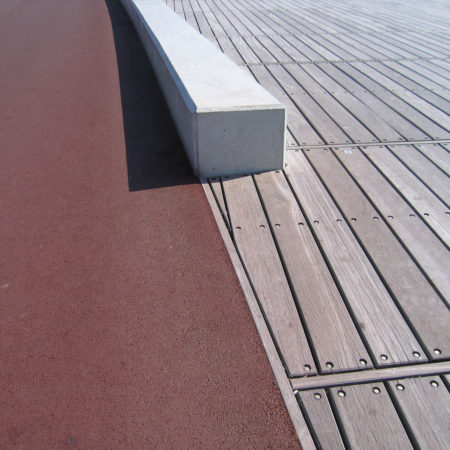 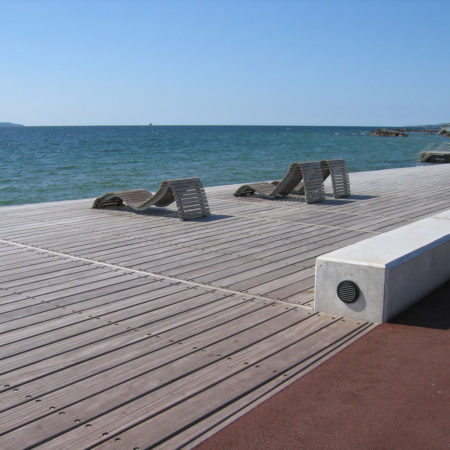 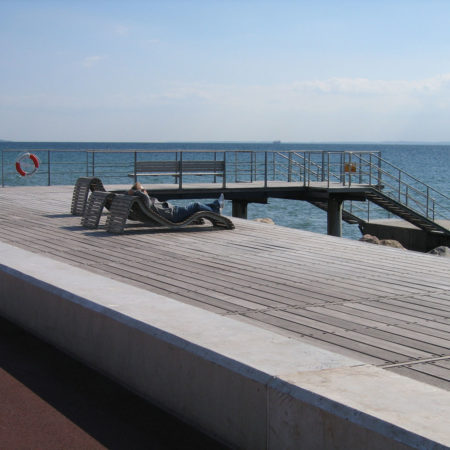 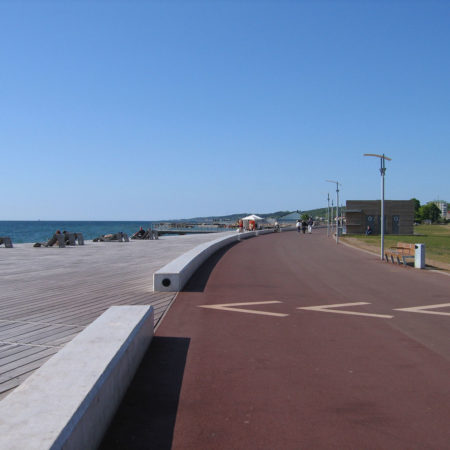 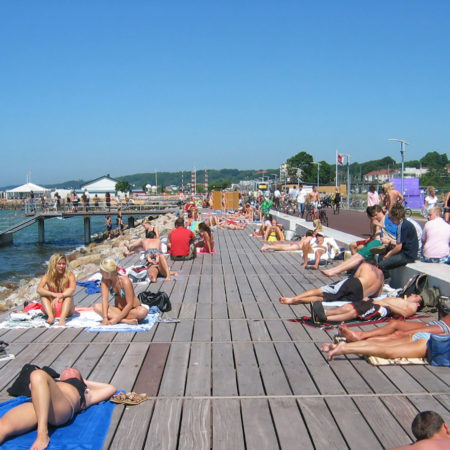 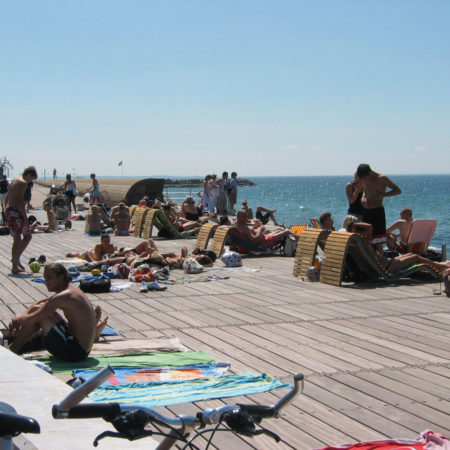 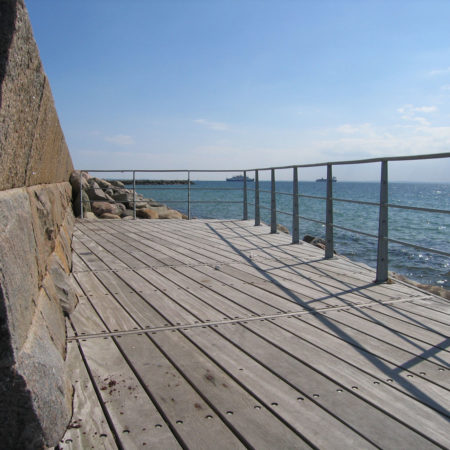 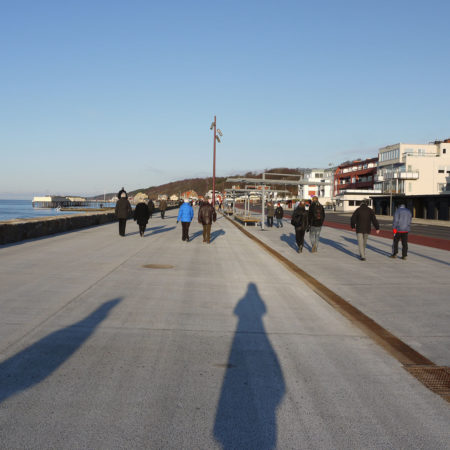 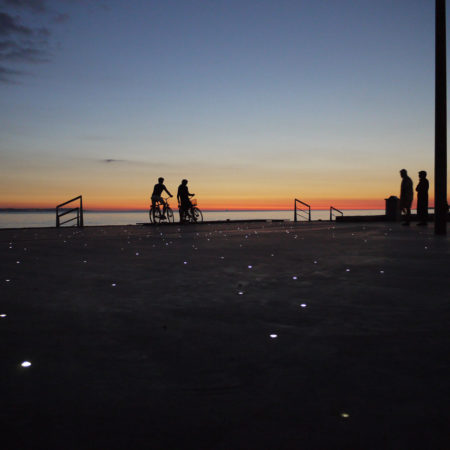 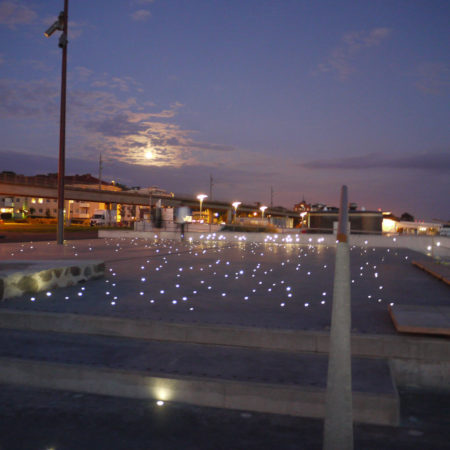 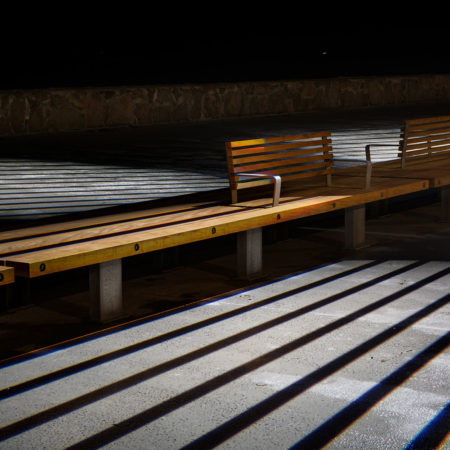 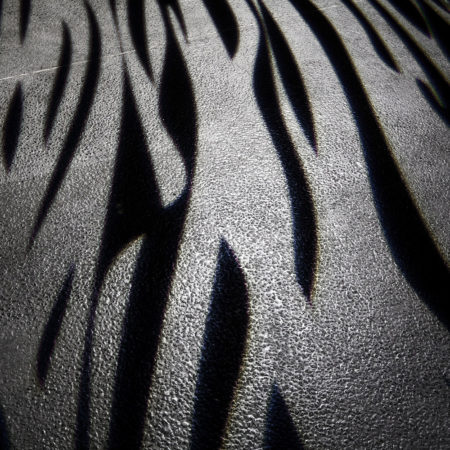 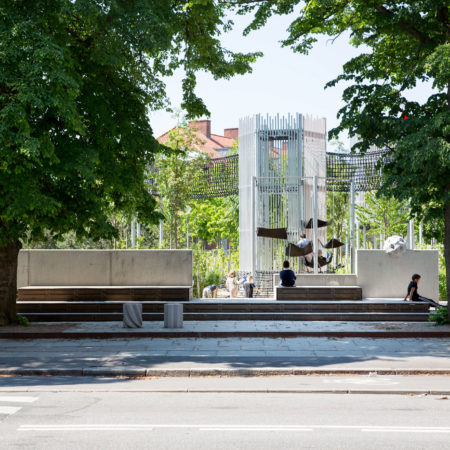