With the growth of the urban population, Chinese cities are undergoing rapid construction and renewal. Datansha Island, formerly a low-income neighborhood in the city suburbs, is now being revitalized by the garden city initiatives that include urban greening and active transport.  With the transit-oriented development concept in creating a vibrant, livable community, Datansha Transit-Center encourages community engagement and provides accessibility to surrounding commercial, schools, and residential via green corridors and gardens. 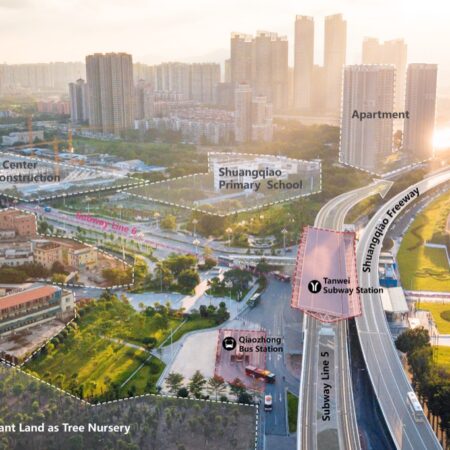 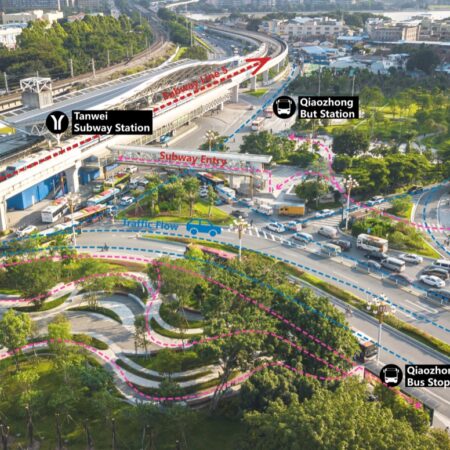 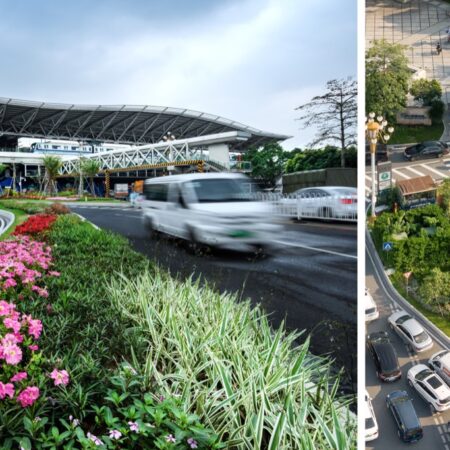 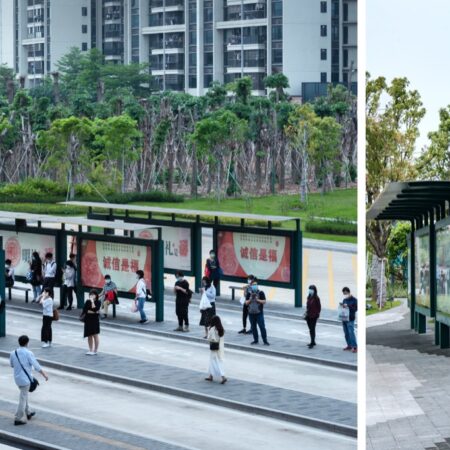 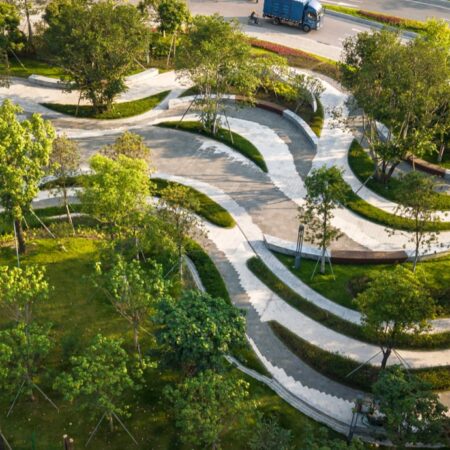 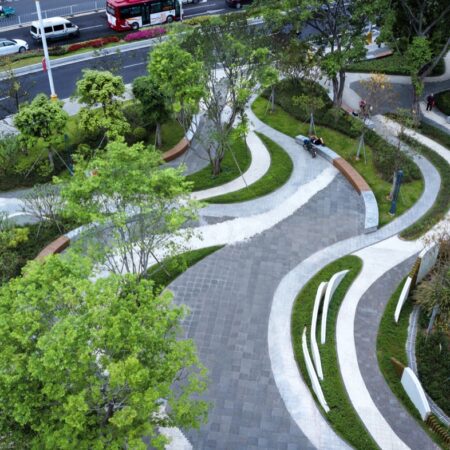 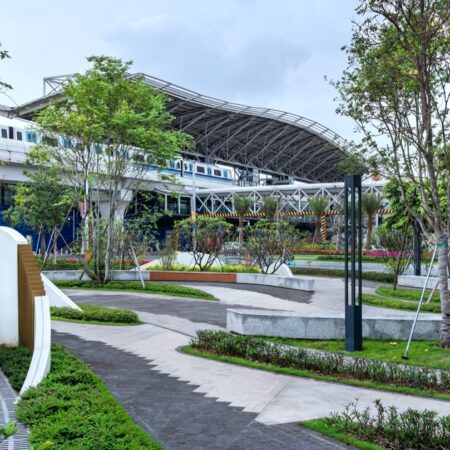 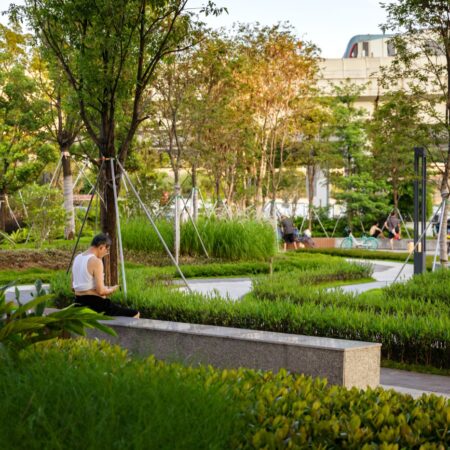 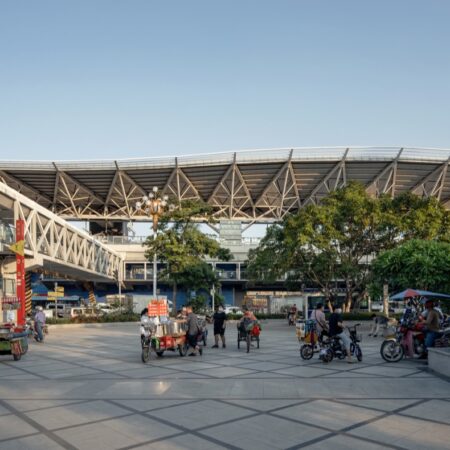 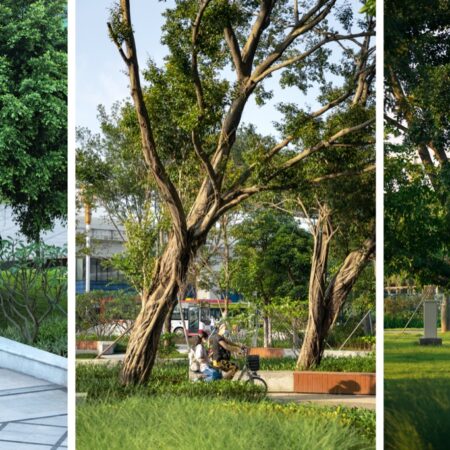 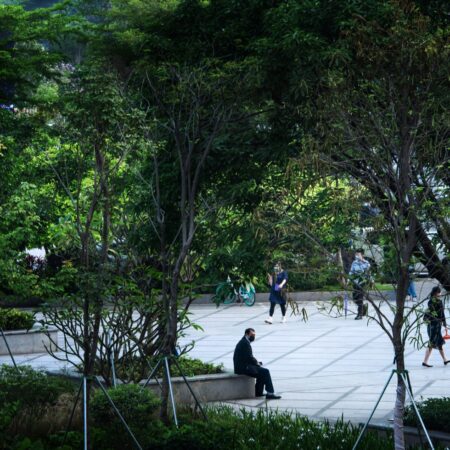 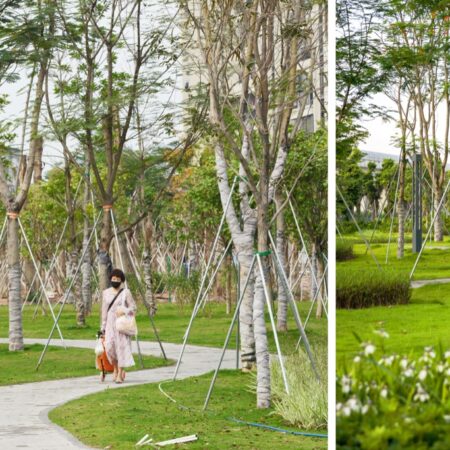 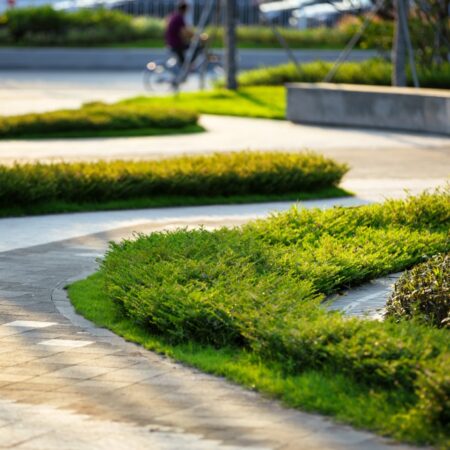 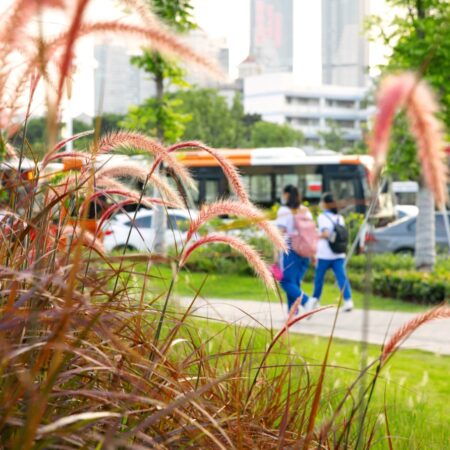 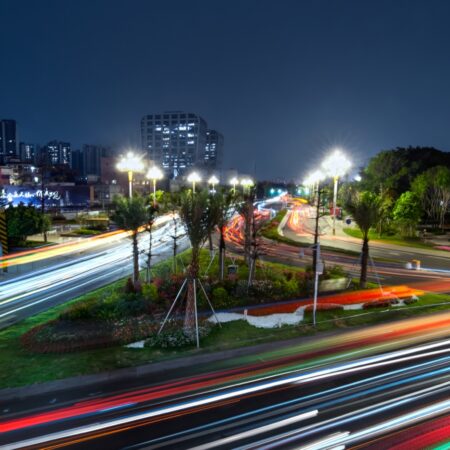 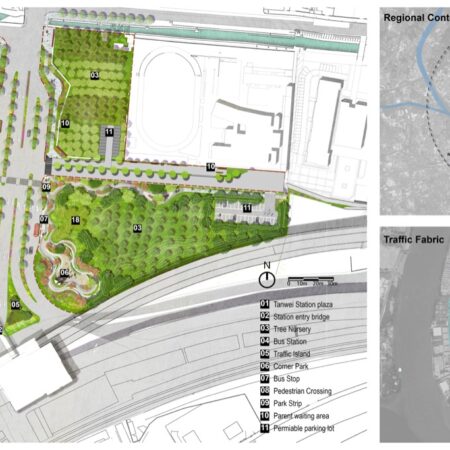 This infrastructure renewal project addressed street space conflicts among public transportation users, drivers, pedestrians, and cyclists while achieving a safe and sustainable streetscape with an economical budget. Serving as the gateway to Datansha Island, it utilizes local materials to provide a welcoming, pedestrian-friendly space. It has become an urban landmark with attractive walkways and a comfortable natural setting using native plants and other local material. During the COVID-19 outbreak, social distancing in high-density Chinese cities was easily managed due to a pedestrian-first design strategy.  Wider sidewalks, enclosed rest areas buffered from the street by trees and shrubs, and designated waiting areas for public transit all helped reduce the virus’s spread.

Datansha Island, the largest island (877ac) on Zhujiang River in Guangzhou, China was once dominated by decrepit factories and dangerous, illegal buildings. Residents suffered from traffic congestion and a polluted environment for decades. In 2009, the local government started an urban renewal program to reverse the continuing decay and develop a livable and healthy garden community. The Datansha Transit-center is the island’s major traffic hub.  Two subway lines, thirty bus lines, and heavy car and truck traffic meet and connect here. An elevated cross-river highway and a railway cross the southern side of the site. Under the transit-oriented development model, the location connects with the surrounding Medical Center, businesses, residential neighborhoods, schools, and parks. After relocating households on site, demolition rubbish left negatively impacted the traffic flow and street view.

The site was facing significant challenges of traffic congestion, crowded and distinctly unpleasant physical street environment, insufficient public space, and polluted soil. Migration is a daily fact of life here with crowds of busy passengers. Many different people, including students, villagers, commuters, and workers, use the many available options to travel within the city. As the design team reorganizes traffic flow to make it more efficient, they still must retain a comprehensive view of the project. The project’s primary goals can be met while also building a spirit of community, developing landscape resources, and helping to protect the environment now and in the future. Beyond providing its initial needs in reorganizing traffic flow and improving safety, the design team aimed at enhancing community cohesion, improving greenery, and providing ecology services simultaneously.

As the major entry point for the island, Datansha Transit Center brings together a complex network of vehicles and individuals. The landscape architects worked closely with transportation engineers to provide safe streets for everyone: motorists, pedestrians, bicyclists, public transit users, and persons with disabilities. The streetscape design placed a priority on pedestrians, transit users, and cyclists. The design team changed the driveway from a two to a four-lane configuration in each direction to minimize traffic congestion at peak periods. Narrowing lane widths and placing planting buffers, strips, and fences helped to calm traffic and prevent jaywalking. Islands in the middle of crosswalks improve pedestrians’ safety in heavy traffic. Four-meter-wide sidewalks shared by cyclists and pedestrians meander pleasantly through public parks.  Bus stops provide a safe and comfortable space for passengers to wait.

Along with needed transportation infrastructure improvements, the design constructs critical social infrastructure for the neighborhood. The plaza, parks, and parents waiting area accessed from street level provide a break time for passengers and a much-needed social space for the mixing of socioeconomic groups across all ages. After opening to the public, we observed an increase in social activities and pedestrian volume. Now in the morning, the plaza in front of the subway station is crowded with food trucks, while at night, it turns into a space for community events and activities. The corner park in the east has been transformed into a public space of significant significance for all visitors. The design provides enclosed, shady, quiet spaces with a beautifully landscaped buffer and small clusters of seats that invite visitors to sit and chat. The spot has developed into a popular locale for taking a break in a busy workday and intergenerational communication among residents. The corner park’s comprehensive design takes its cue from river patterning. The unique paving pattern combined with planters showcases the symbol of Datansha Island. Conserving the older trees has retained a living, physical connection to resident’s memories of the site. The parents waiting area at the primary school was significantly improved. Providing a place to drop off and pick up students has reduced traffic congestion and eased pressure on drivers. Parents and families now have an opportunity to talk with neighbors and become acquainted. Trails in the temporary tree nursery become a safe place for jogging and recreational walking 24/7 nights and days.

The contribution of our stubborn landscape architect has profoundly affected all aspects of the site’s development. The landscape architect insisted that all the existing trees onsite be saved and incorporated into the new design. After negotiations with the local government, transportation engineers, and land developers, an agreement that satisfied everyone was reached. Taking preservation as the priority, the landscape architect initially mapped the existing trees and assessed each one’s health. The sidewalks and planting beds were then designed to work with the existing landscaping materials to provide a pleasing and natural flow.  The trees were growing in crowded conditions with poor and even polluted soil from construction waste. The design team replaced topsoil and enlarged the planting beds to improve the tree’s growth environment and health. The design team divided the land into different categories based on the soil pollution level through comprehensive soil analysis. Plant design later referenced soil pollution categories using appropriate native plants to create an attractive and seasonal landscape.

The landscape architect utilized the future developed land along the street as a tree nursery providing both economic benefits and a strong environmental performance in soil rehabilitation, biomass production, stormwater capture, and urban greenery. The urban forest corridor formed by the trees along the streets and in the parks and the tree nursery reduces the urban heat island effect, increases biodiversity, and provides a habitat for urban animals. In total, the project raises the greening rate from 30% to 60%.

As the pilot project of the Datansha Island renewal program, the success of Datansha Transit-Center has improved the resident’s confidence in successfully transforming the entire island. Such a massive urban renewal project often takes decades and cannot be achieved without the local community’s support and cooperation. Once the project was completed and people began to enjoy the new conveniences, they also changed their opinions of the project from disagreement, questioning, and protest to support and embrace. The project’s success will go a long way towards promoting a smooth implementation of future projects on Datansha Island.

The landscape architect was the lead designer in the transportation infrastructure project, which is not common in China. This project indicated the essential role of landscape architects in achieving active transport and livable community that the Chinese government is looking for in future urban design. 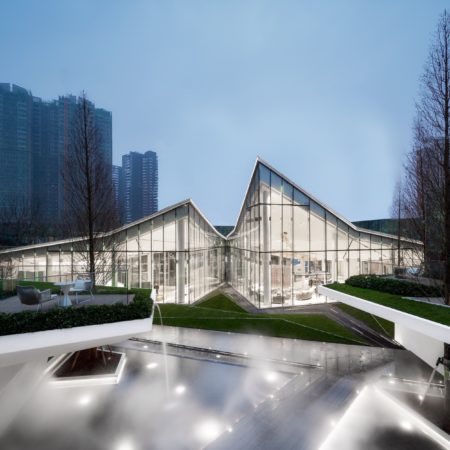 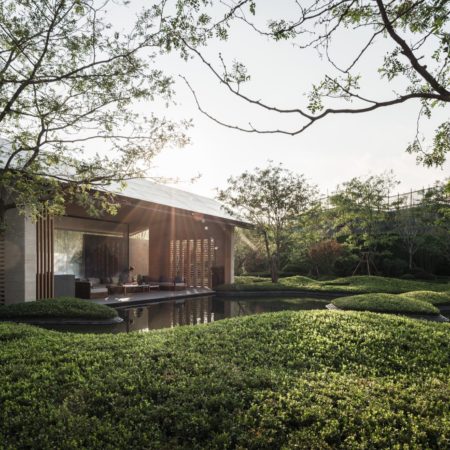