LAND arkitektur was founded 2008 in Stockholm. We are landscape architects with over 15 years of experience in the profession. We work at multiple scales, from urban planning to the design of small-scale spaces in the city. We are a fairly small group and want to remain so. We are firm believers in the small studio with the great commitment.

LAND works with idea-based architecture according to our studio’s specific design methodology. Strong ideas guide our projects throughout the process and manifest in the finished design.

The understanding of site is the hallmark of landscape architecture, and the specific site is at the core of all our projects. We perform thorough site investigations according to a carefully developed method. Initial site investigations aim at gaining knowledge and the understanding of existing qualities. Later in the process, the work on site is oriented towards the testing of ideas through a variety of methods including sketch work on site and full-scale mock-ups. Furthermore, we make recurring visits to former project sites, reflecting on and learning from our built work and how it is used.

In the studio we gather around every project for joint concept sketches. The concept sketch is a way to generate ideas, to highlight problem and to engage the entire office in the project. More than anything, the method works as a knowledge exchange that has proved to both save time, and result in good ideas.

It is fundamental for LAND to work as close to the local citizens as possible; the current and future users. The key is to create a synergy between us – the architects, our clients and the users. We want our social commitment to transpire in the finished result.

For LAND, open processes and a good dialogue with the client are of high importance. Architecture is a team effort where a wide range of disciplines contribute with their knowledge. 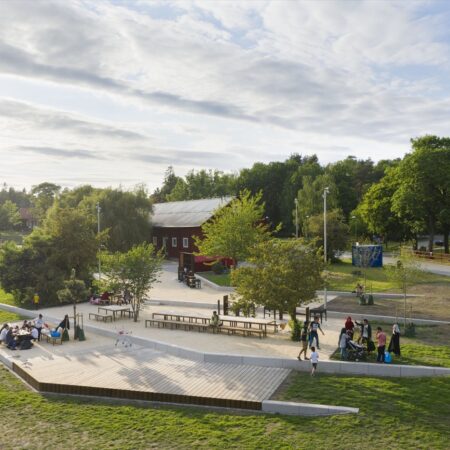 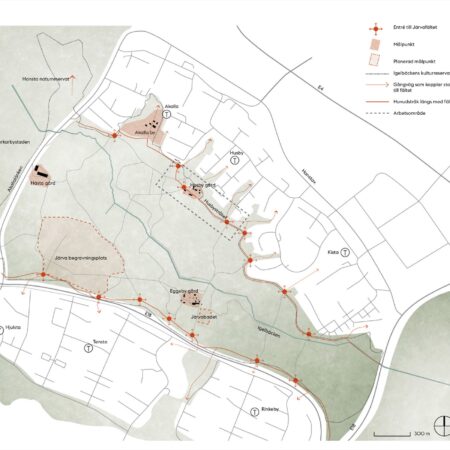 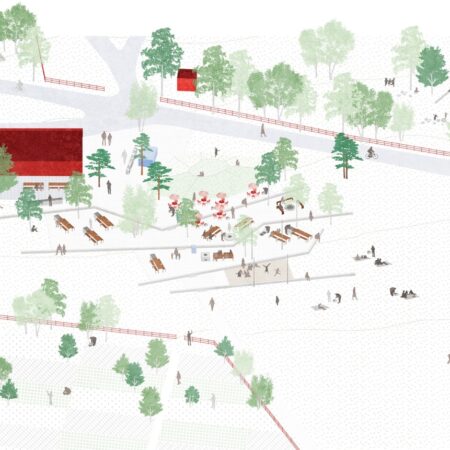 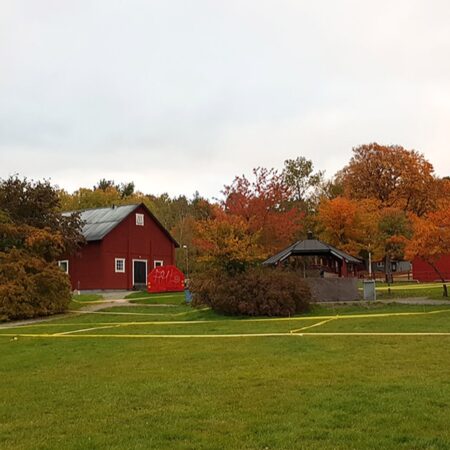 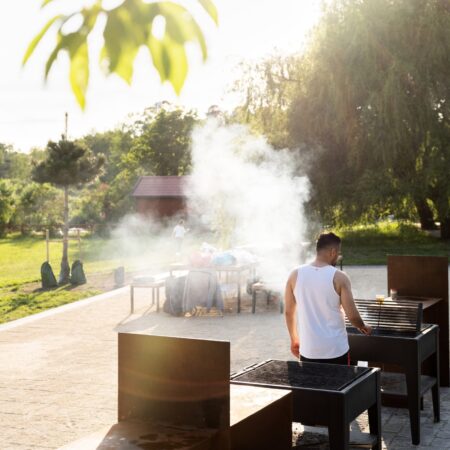 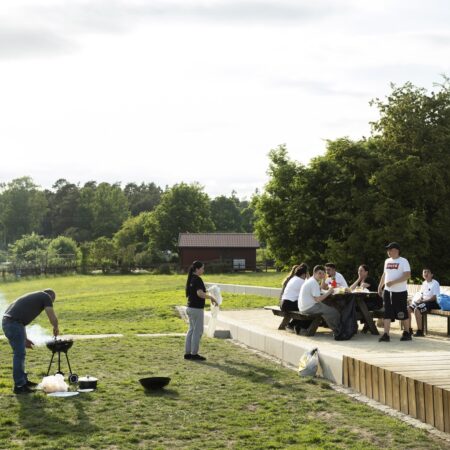 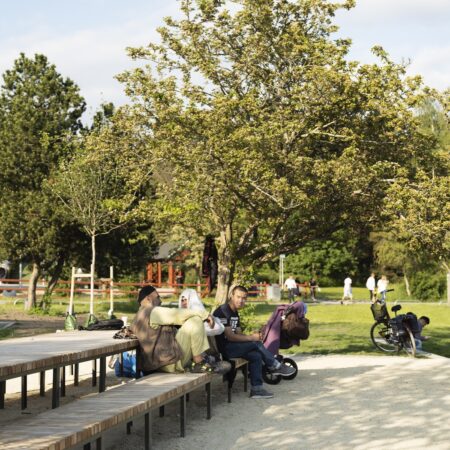 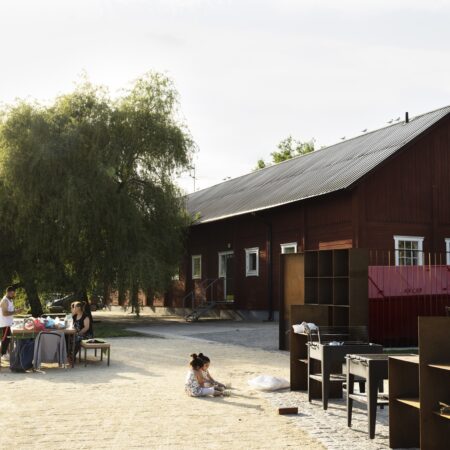 Husby is located on the northwestern outskirts of Stockholm. It is part of the great expansion that took place in the 1960s when the state, to meet the excessive housing shortage, built large-scale residential buildings. Like many of the areas from this time, Husby has had problems with segregation and social exclusion.

The assignment for LAND in this project involved developing a program for Husby’s meeting with the large recreational area Järvafältet. The purpose of the project was to activate the border along Husbystigen, a path which runs along the northern edge of Järvafältet, and in this way get more residents from Husby to use the recreational area.

We chose to put the most effort into the barbeque area. The main idea for the design was to strengthen the visual contact between Husbygård and Järvafältet and to create a place that fits in with the landscape’s natural topography. The place should also function as an entrance to Järvafältet. This was investigated through careful model studies and sketch work on site in scale 1: 1. The design approach with a terraced place that gradually steps down towards the field also aims to organize the barbecue area in several smaller spaces to make room for more visitors.

The citizen dialogue held during the project focused on needs and wishes related to barbequing and formed the basis for the functions and furniture that were developed during the design process, such as access to water, storage areas and seating.

container which is emptied once a week. At the entrance, we have designed a wall in granite with the text “Husby grillplats” which leads the visitor to the barbecue area.

The citizen dialogue held during the project focused on needs and wishes related to barbequing and formed the basis for the functions and furniture that were developed during the design process, such as access to water, storage areas and seating. Different cultures’ ways of barbequing were highlighted during the dialogue and resulted in a collaboration with Husby Art society with the aim of designing special grills with artistic decoration. The goal is for the grills to be completed in the future and placed on the barbecue site. 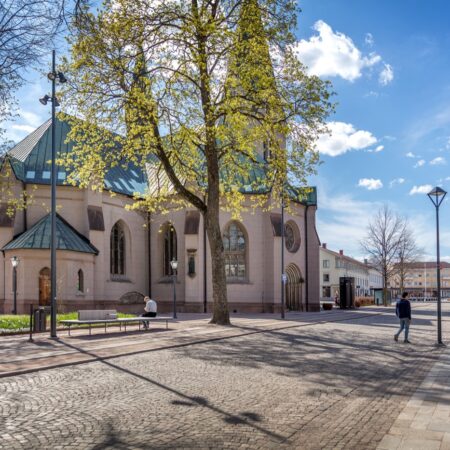 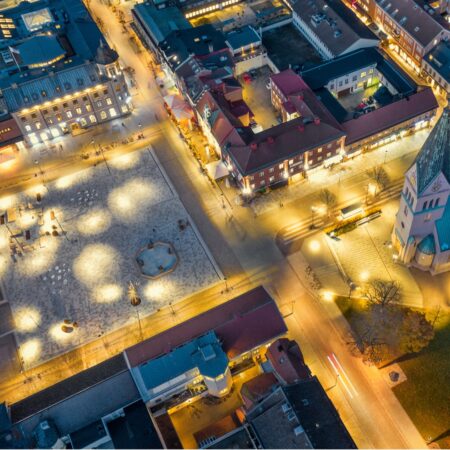 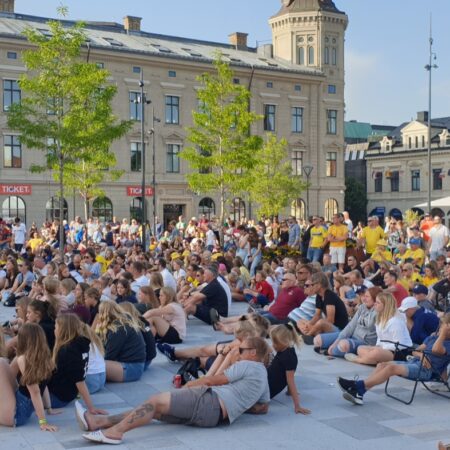 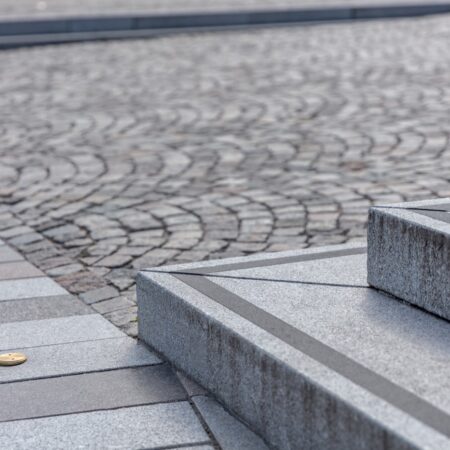 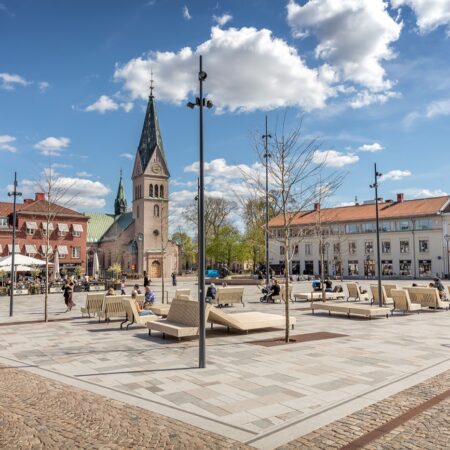 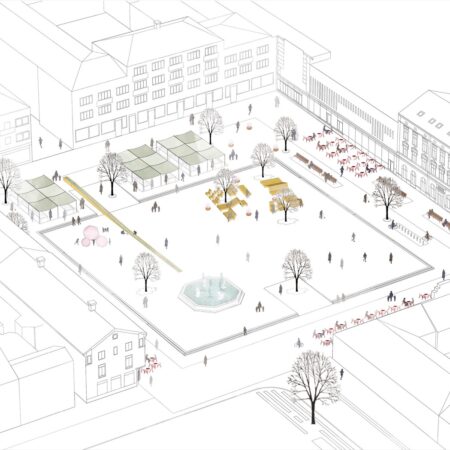 Skövde is a middle-sized Swedish town. The city has a long history but struggles with declining focus and activities in the city center. Hertig Johans torg pinpoints the value of the public space as an important identity for the smaller city.

The layout Hertig Johans gata, between the square and the central station is spatially reinforced with a straight park path that runs along the street and planting zones. This new outline is inspired by the historic interface between the street and the park and emphasizes this important zone.

The square dates to the Middle Ages. It is a unique urban space with an evenly sloping plane of around 3,5% down towards Skövde church. The main idea was to flatten the slope and face the square towards the urban reference, the church. With this, an inner part with a slope of 1,5% is created. The frame of two steps generate spaces for seating, and an access through the four cardinal axes convert the square into a multifunctional surface that can carry events, market, seating groups of different scales keeping the feeling of an open space.

The pavement of the inner part of the square, is made with stone slabs and twisted in the same angle as the church to bring the church as a central motive. The square is furnished with elements that adapt to that orientation contribute to spatial qualities in the smaller scale, such as the planted trees and smaller planting urns. A large seating group, become an all-year-round meeting and sunbathing point. 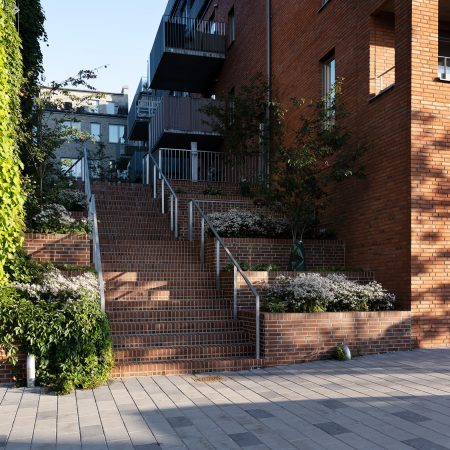 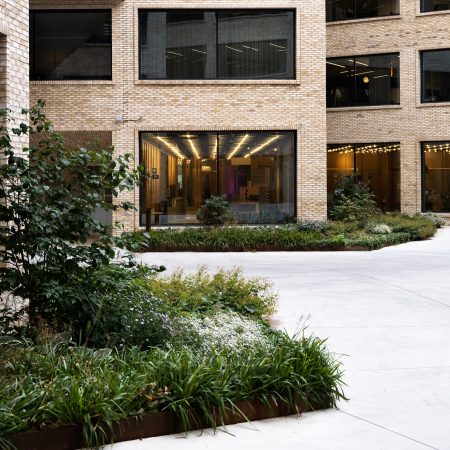 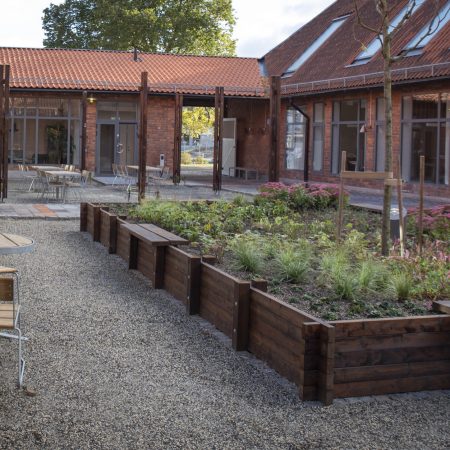 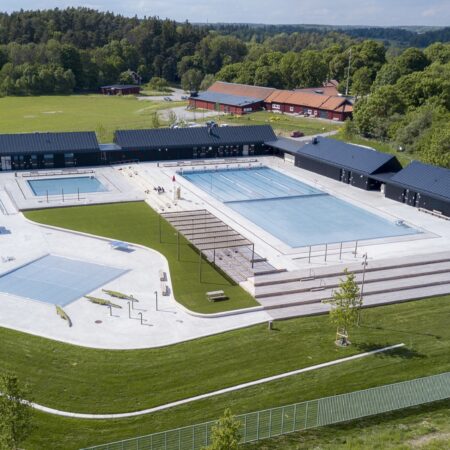