The project comprises an extension of a cemetery built for the fallen soldiers of World War II, as well as other wars and missions of Dutch soldiers. The task was given to Karres en Brands who have already designed Nieuwe Ooster, a ground-breaking design that was influential some 15 years ago. Loenen may not be as innovative, yet it establishes a sequence of powerful atmosphere in an already beautiful context. Karres en Brands stated that they did not want to dominate the forest, but rather be a guest within it. Loenen cemetery is incredibly well-designed cemetery that spatial clarity and a peaceful setting for remembering or saying goodbye.

Loenen Memorial Cemetery is the final resting place of nearly 4,000 Dutch soldiers and civilians. They lost their lives during World War II and in other violent conflicts that followed, such as the Dutch East Indies campaign, and in international peacekeeping missions.

Loenen Cemetery is located in a nature reserve on the Veluwe, consisting of forest and heath. The cemetery was built in 1949 on the initiative of the Dutch War Graves Foundation (OGS). Every Dutch national who is deemed a war victim according to the statutes of the OGS can be buried at Loenen. The number of graves will never be thinned. To accommodate possible additional war victims in the future, OGS purchased land adjacent to the existing cemetery. It is a triangular area with a wooded character that must provide space for a total of approximately 5,000 graves. In 2009/2010, Karres en Brands designed a masterplan for the new war cemetery that will be developed in different stages over time. The design involves a 1.5 km winding path linking eight burial chambers. The OGS installed the first two burial chambers in 2015/2017, while the third was commissioned by the Loenen National Veterans Cemetery (NVBL) in 2020/2021 and set up as a cemetery for veterans. The memorial and education centre has also been built, as has a new entrance to the cemetery. 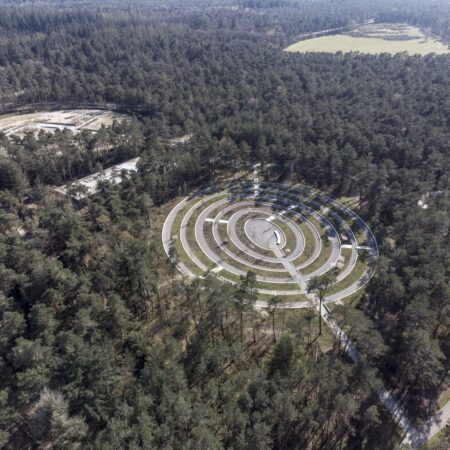 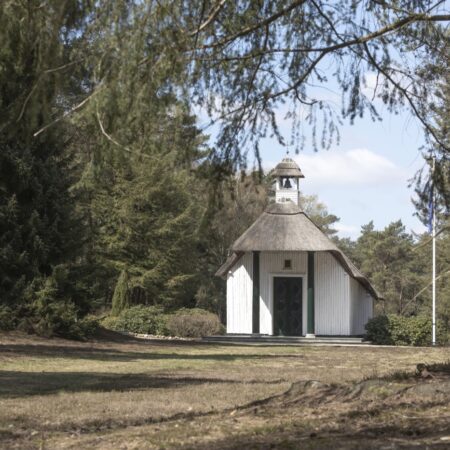 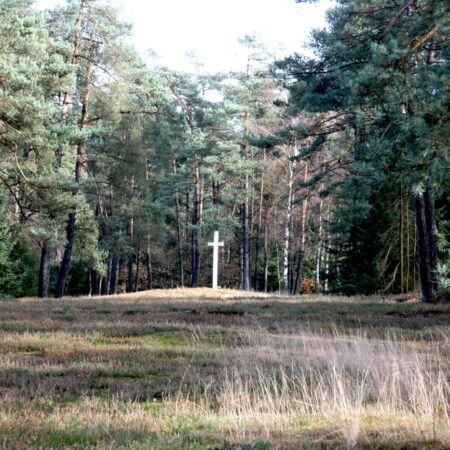 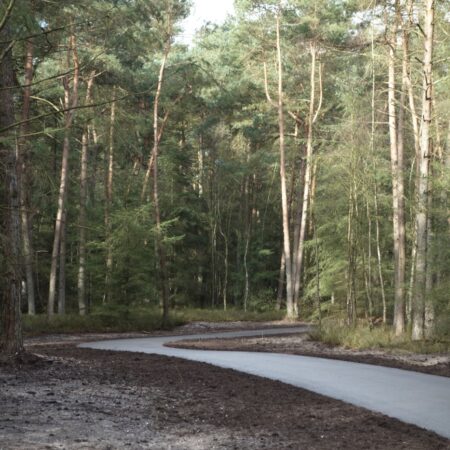 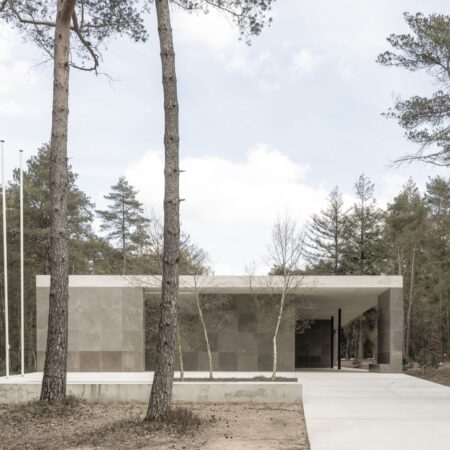 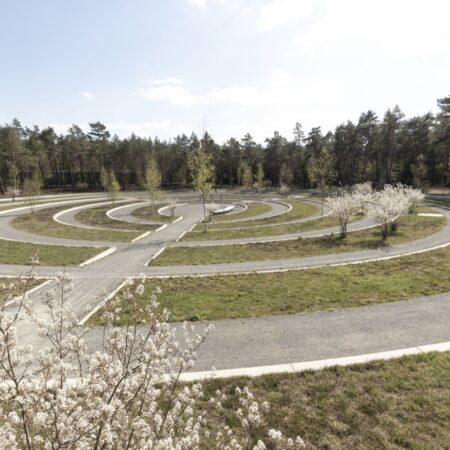 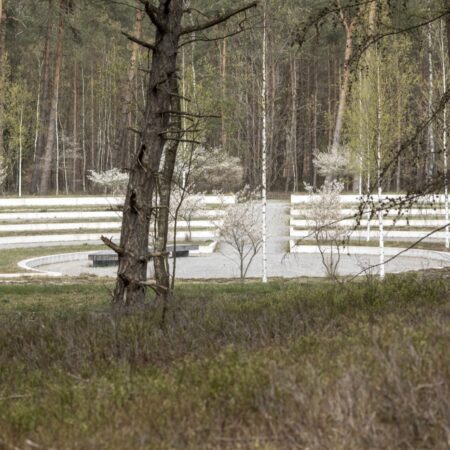 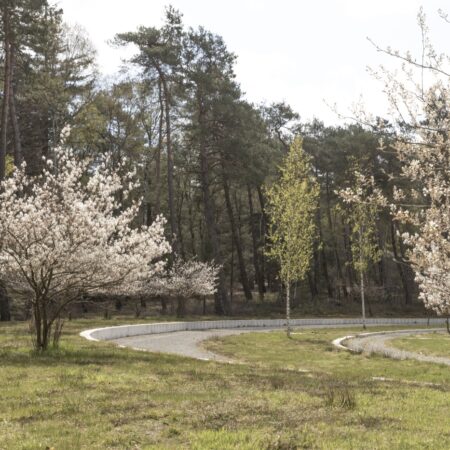 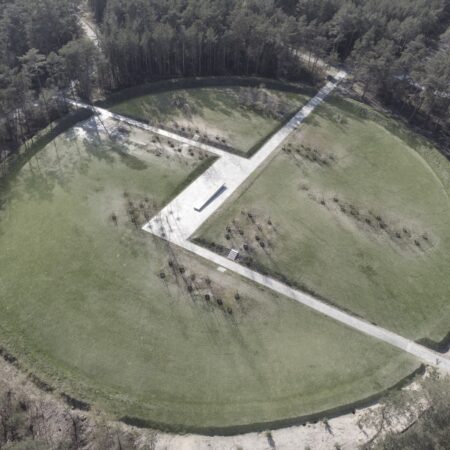 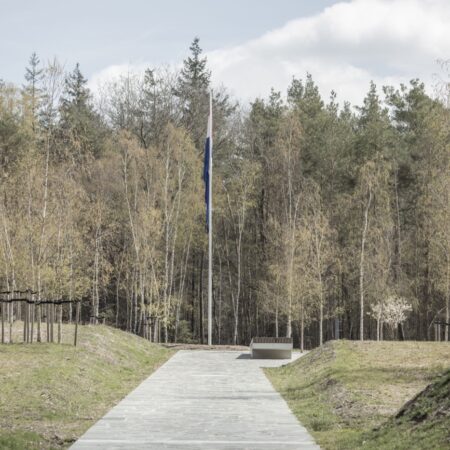 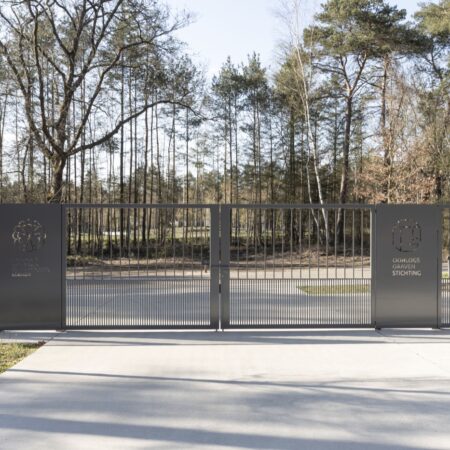 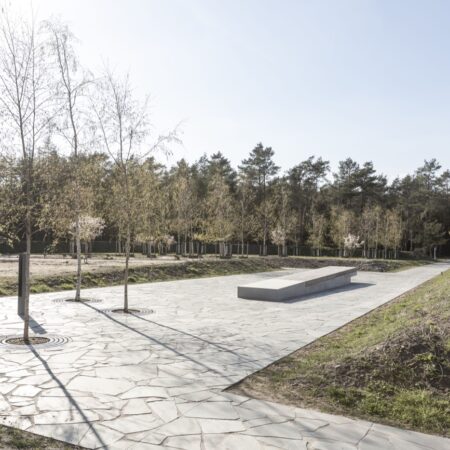 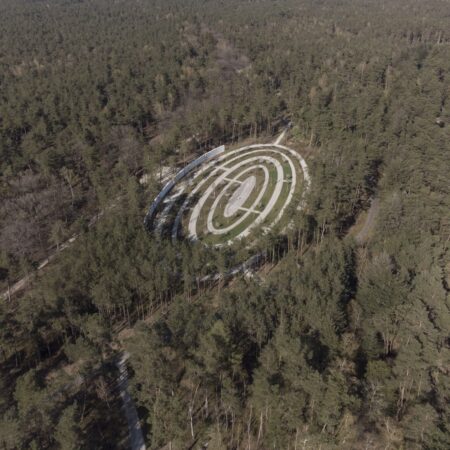 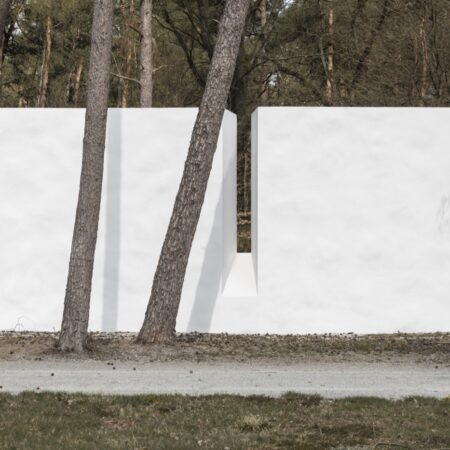 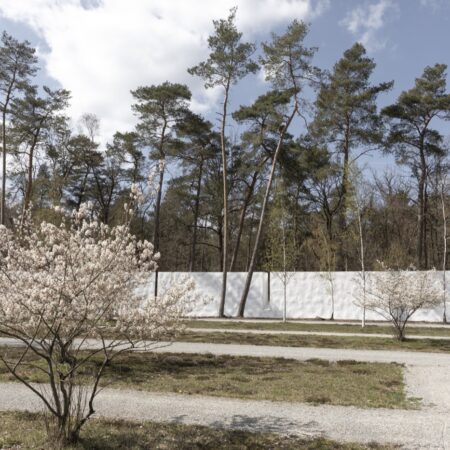 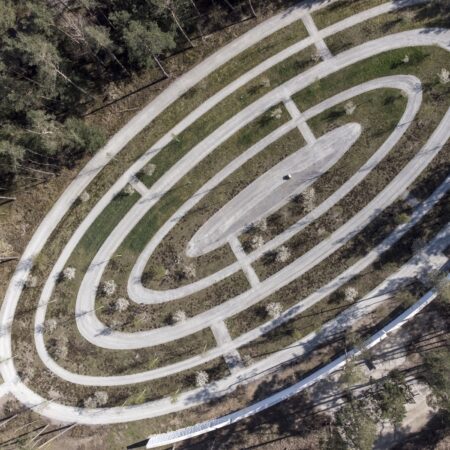 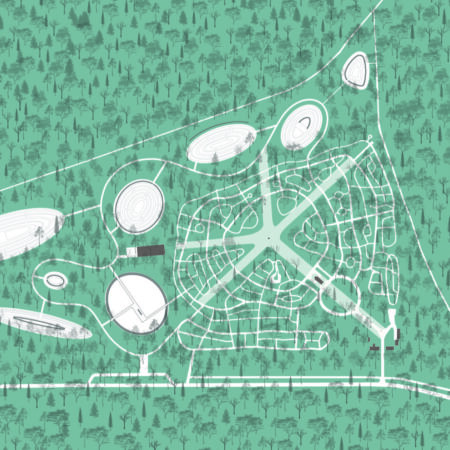 The original war cemetery designed by D. Haspels is modest but powerful. At the entrance you’ll find a small wooden chapel, and behind it is a star-shaped space with a cross in the middle. The strength of the design lies in the organization of open spaces enclosed by forest, and in the contrast between light and dark. In keeping with these qualities, it was decided not to continue with the original plan, but to allow the extension to be an independent design. The extension consists of a long footpath connecting the main routes of the original cemetery to the new second entrance along Groenendaalseweg. There are eight elliptical open spaces along the path. The path is a beautiful winding line cut out into the forest with heather vegetation. The open spaces act as separate burial chambers, and each has its own character. The position and layout of these rooms is related to the topography, the environment, and the existing war cemetery.

Although the design language differs from the current cemetery, certain characteristics are reflected in the new design. The contrast between open and closed spaces, for example, the contrast between light and dark, the simple and modest interior, the use of white, and built elements that form a clear contrast against the forest. The park-like burial chambers are serene spaces that can offer comfort to relatives and form a beautiful backdrop for visitors. The memorial and education centre sits at one of the axes of the star and faces the cross. It forms a connecting link between the Netherlands War Graves Foundation and the Loenen National Veterans Cemetery. The building has a unique spatial relationship to the surrounding landscape with striking sight lines and layered transitions from the outside to the inside.

In the future, the burial chambers still to be placed can offer space to other specified groups.

In collaboration with: SmitsRinsma, bureau Waardenburg 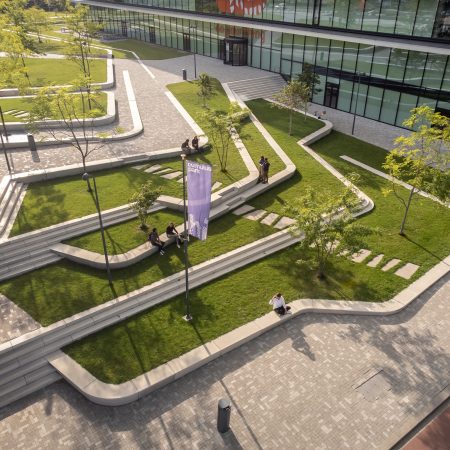 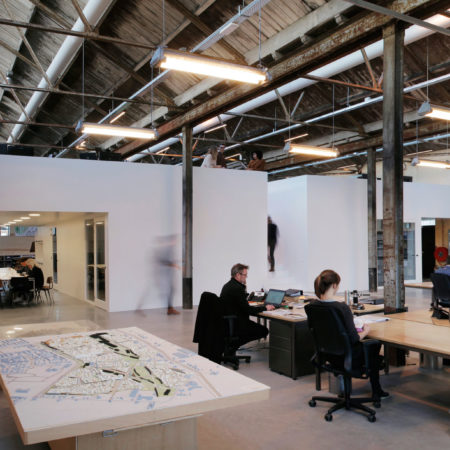 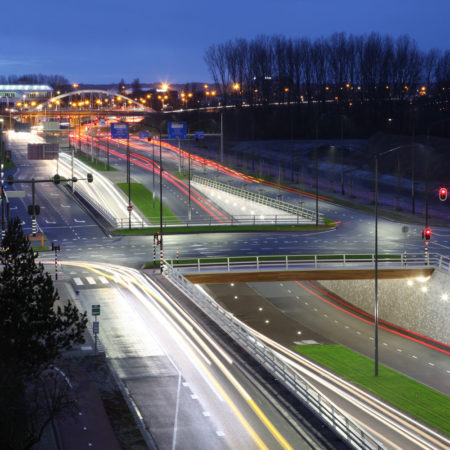