The newly designed Rathausumfeld Wedding has become an important urban space link between Müllerstraße and Leopoldplatz in the north as well as Genter Straße and the campus of the Beuth University in the south. The design for the Rathausumfeld consists of a contiguous surface covering the area from Müllerstraße to Genter Straße. The area connects the different addresses in the square: the old town hall, the job center and the Schiller library. In the paved area there are, like inlays, clearly demarcated areas with different functions: town square, reading garden, tree grove and sunbathing area. 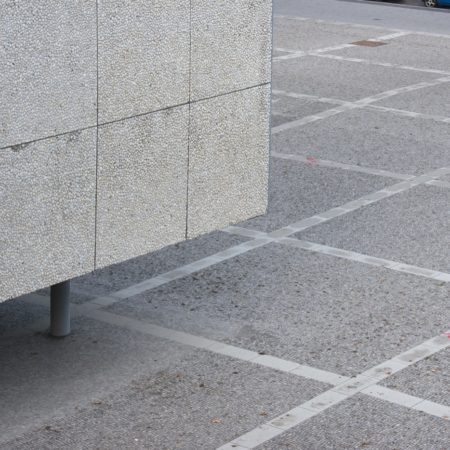 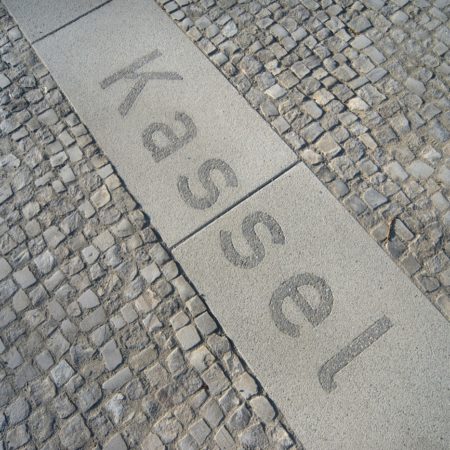 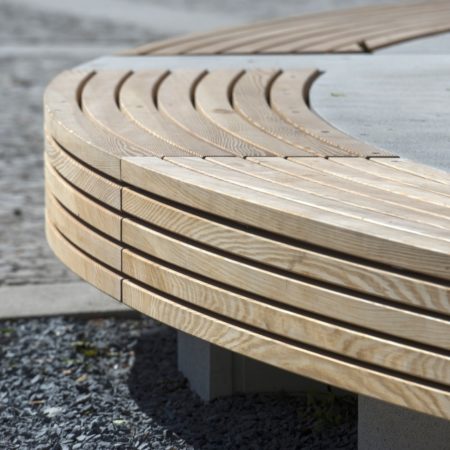 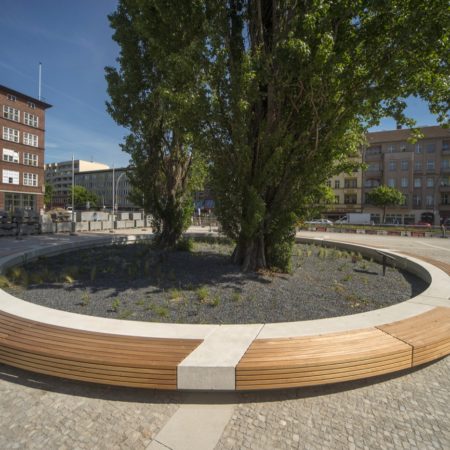 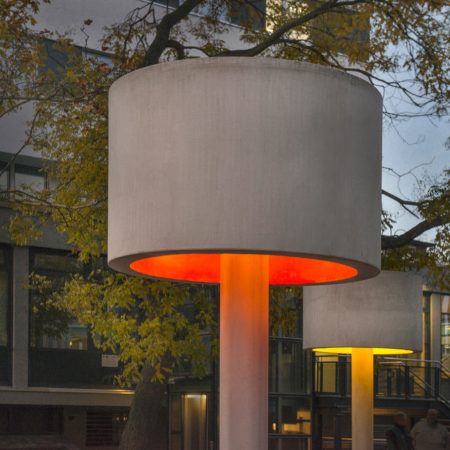 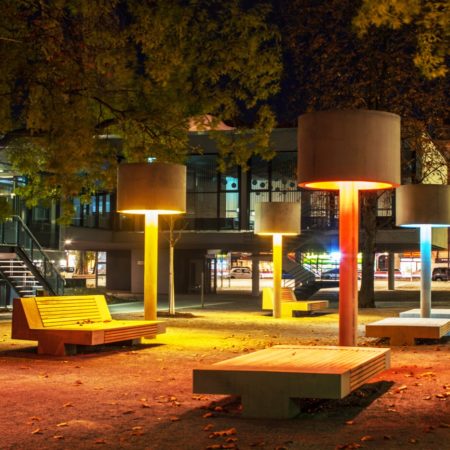 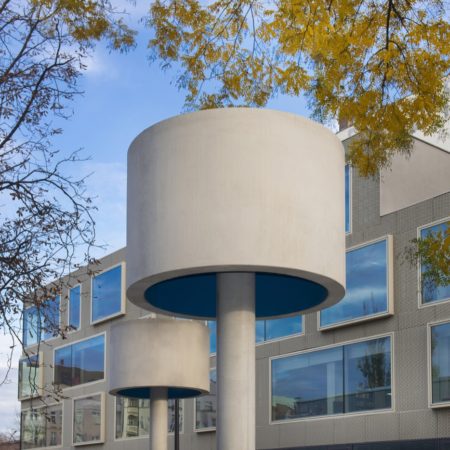 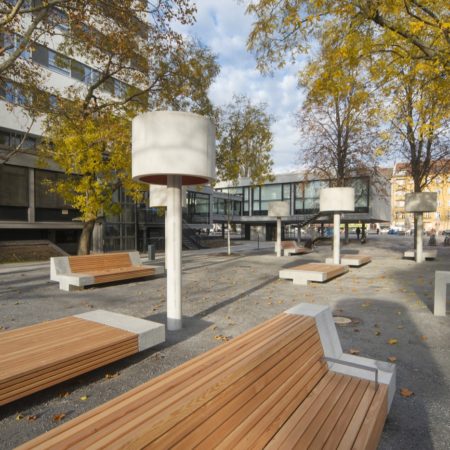 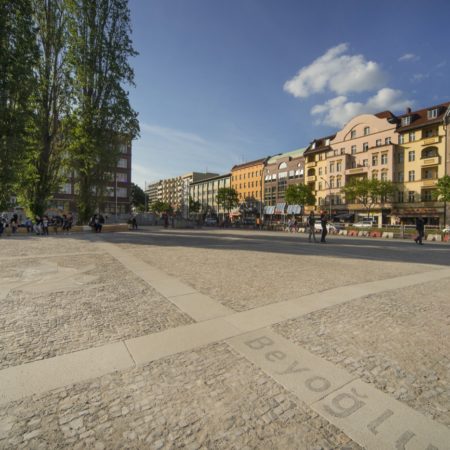 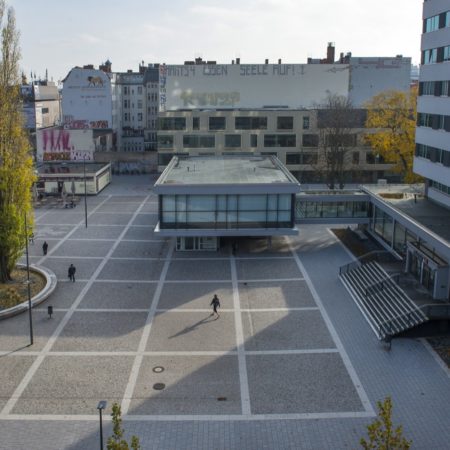 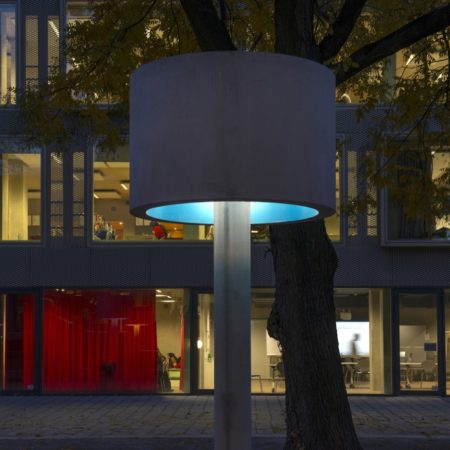 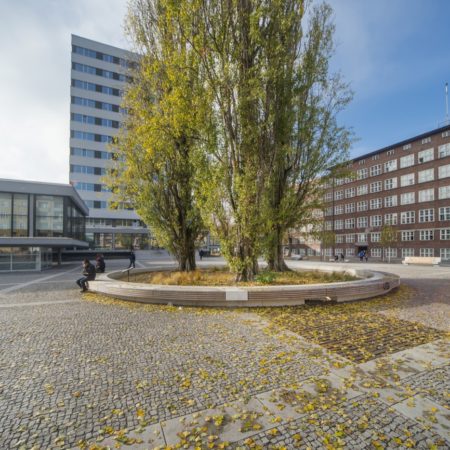 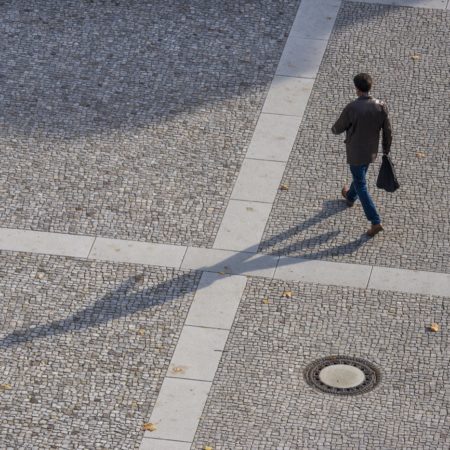 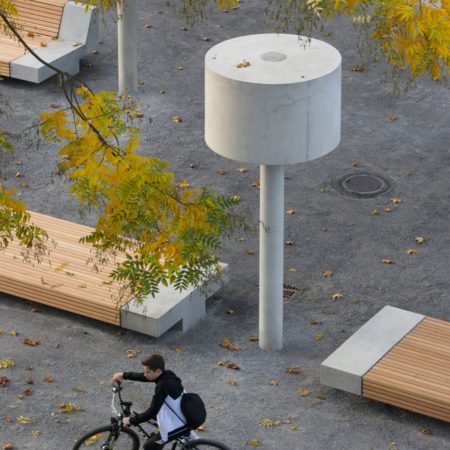 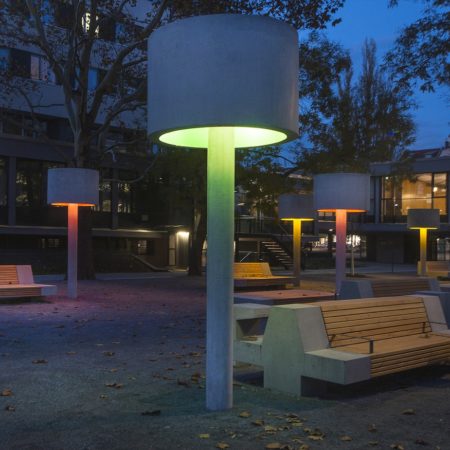 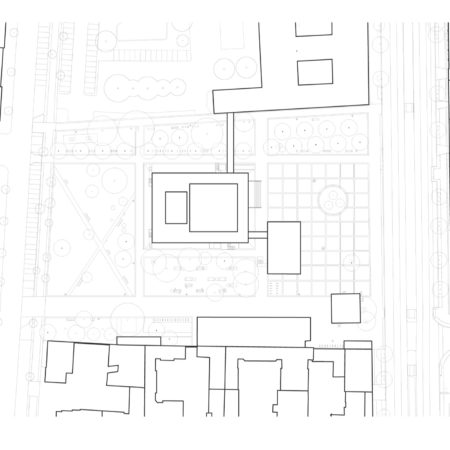 Aim of the realization

The aim was to create an urban space as a central place of identification, an urban meeting place, a venue and a generous entrance for the library and job center as well as versatile green spaces. This included the qualification of its common areas for all generations as well as the connection to the new building of the Schiller library. It was necessary to develop attractive pedestrian and cycle paths and to optimize the connection to the campus Beuth University and Leopoldplatz. With the newly designed reading garden, the library is also able to be visible and active outdoors. In the garden of reading generous open-space furniture and exceptional colored “reading lamps” invite you to an informal stay, reading, studying and working. A Wi-Fi offer allows working outdoors.

Problems solved with the help of the project

In the middle of the densely built-up Wedding was an open space of 1.4 ha, which was not used by most of the residents due to its lack of clarity and lack of social control. The transformation was intended to make space available to all citizens, creating an urban identification site. Due to its low attractiveness and lack of infrastructure, the town hall environment acted like a barrier between Campus Beuth-Hochschule and Müllerstraße. The redesign allowed an urban connection, which facilitates a better mixing between student life and bustle on the street Müllerstraße and Leopoldplatz. New user groups were added to liven up the site and strengthen social control.

The changes in the middle of the neighborhood influenced residents and visitors. The project was created with grants from the Senate Administration as part of the “Active Centers” funding program. The public relations and information work was accompanied by the Process Control Active Center and the Restoration Area Müllerstraße. In several information meetings and publications, citizens were kept informed about the work.
The Rathausumfeld Wedding is adjacent to a large number of residents directly affected by the transformation, which were integrated in the planning phase in order to develop the functional interests in cooperation.

The Rathausumfeld Wedding has become an urban city square and a meeting place in the district of Wedding. Here many different social groups and cultures meet, which can be connected by this vastness. Precisely because, on the one hand, intimidating spaces were dismantled and, on the other hand, a place was created where residents, students of the Beuth University, clients of the job center or officials from the town hall can meet. The large round bank, the reading garden or the sunbathing area are places that people of all ages, cultures or social classes desire in an urban space and which are now bundled at the Rathausumfeld Wedding.

The design of the Rathaus environment was the result of a planning competition. It was possible to implement the draft proposed in the competition phase almost unchanged. Thanks to a solid preparatory work by the promoter and good communication in the planning phase, the more unusual parts of the design – like the oversized reading lamps with colored light – were supported and implemented by all those involved. The result is a classic, robust and usable city square, which at the same time is unmistakable due to its special accents.