Due to the necessary renovation work at St. Bartholomäus church in Porz, an opportunity to reorganize and redesign the church complex opened up. Modification of the existing retaining wall and demolition of the church pavilion led to the creation of an open and welcoming church territory. As the main access to the church was redesigned in a barrier free manner, it helped to improve the place identity. Between the church plateau and the neighboring buildings to the south, a wide aisle emerged, which connects the lower-lying Frankfurter Strasse with the area to the east and the church without obstacles. 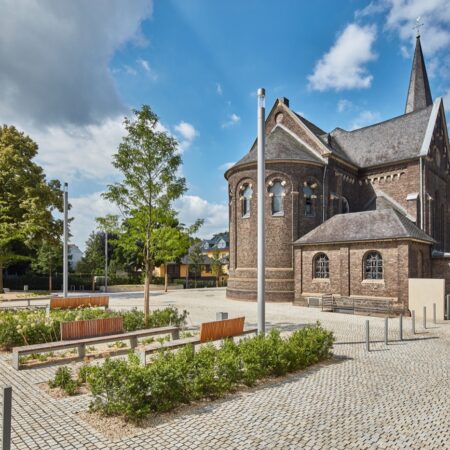 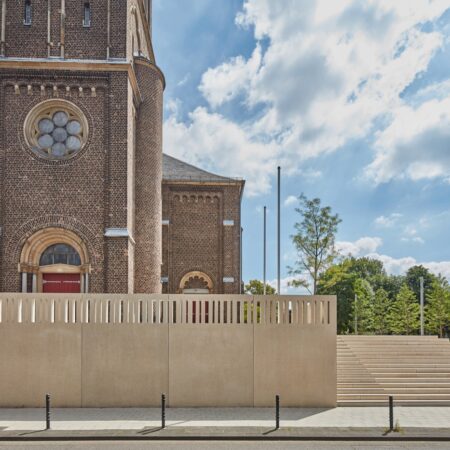 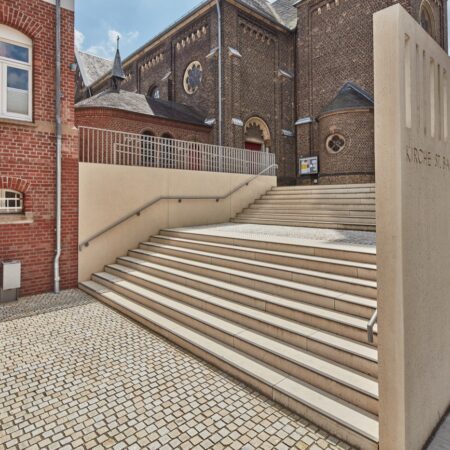 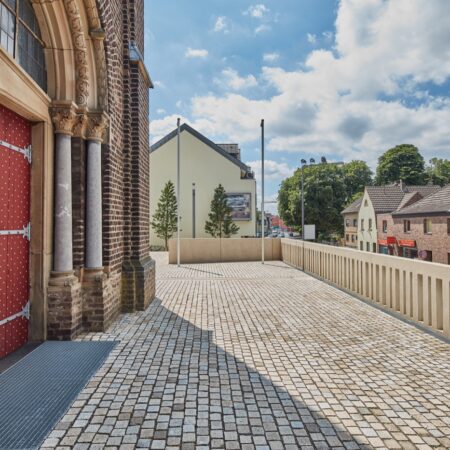 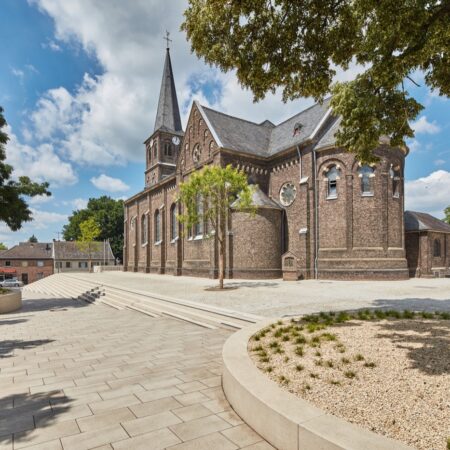 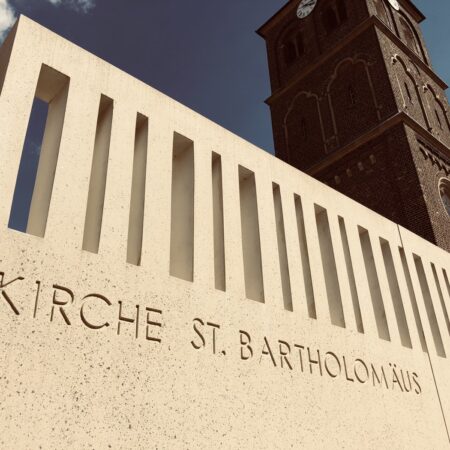 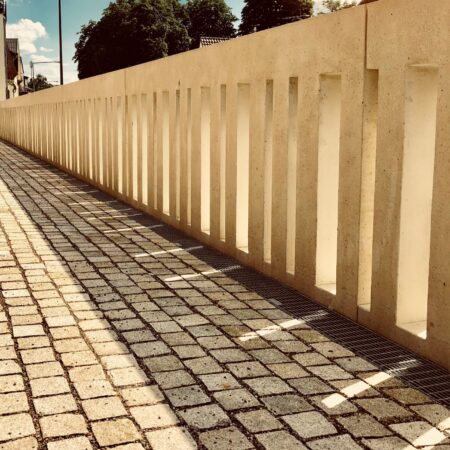 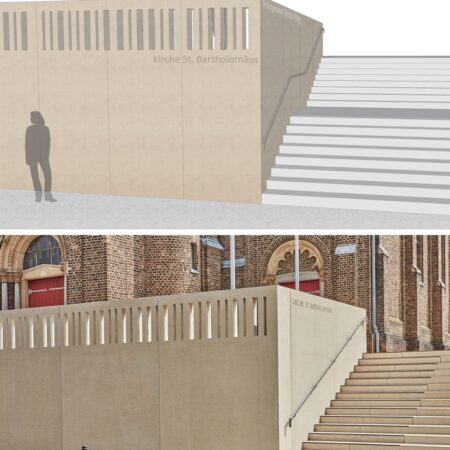 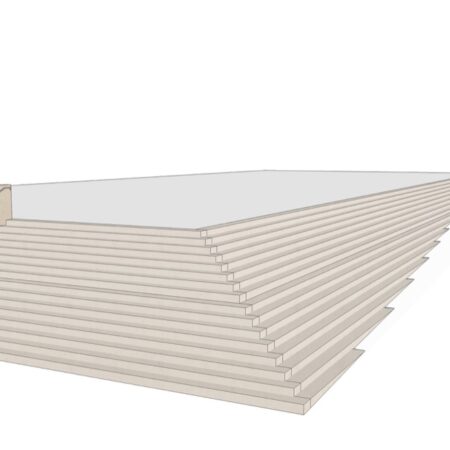 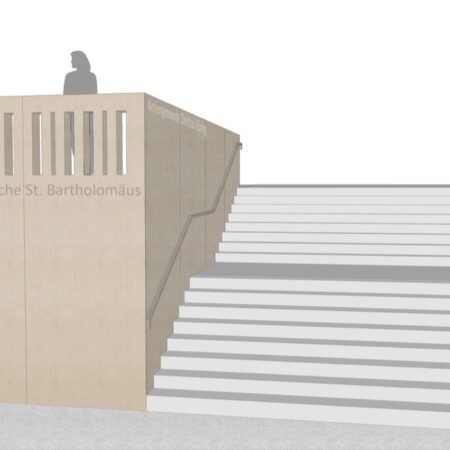 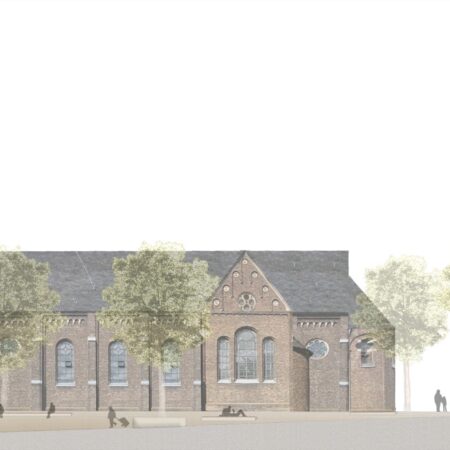 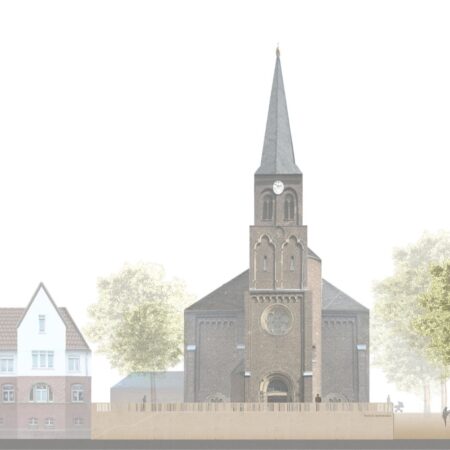 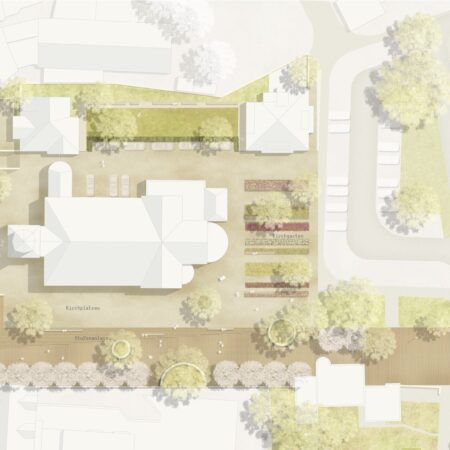 The newly designed east-west axis, which is also the main pedestrian connection, is spacious and possesses a boulevard-like character. Due to the spaciousness, it not only serves as a passageway, but also acts as a useful extension of the adjoining areas. It becomes an area of convergence, which brings the users of the church and other surroundings buildings together.

The level difference between the Frankfurter Strasse and the church plateau has also been compensated with a generous set of steps. A wall made of exposed concrete, which is placed along the Frankfurter Straße, bends at the southern end and together with the steps, forms an open, inviting gesture. Rather than functioning merely as a retaining wall, the approximately 3.70m tall concrete wall acts as an important design element, which highlights the presence of the church, when seen from the street.

The color scheme and the appearance of the material relate to the sandstone ornaments on portals and windows of the neo-Gothic church, which stand out brightly from its unrendered brick facade. Vertical recesses towards the upper edge breaks the pure, monolithic appearance of the 20 cm thick wall panel. Characterized by irregular widths and intervals, the recesses also serve as a 100 cm high fall protection for the church plateau. Apart from providing a visual connection between upper and lower level, the recesses bear symbolic meaning. In the early design stage, it was intended that the recesses would depict the name of the church, and the barcode would therefore translate as “Kirche St. Bartholomäus Kirchengemeinde Christus König”. Later due to structural reasons, it was difficult to execute this barcode exactly. However, the derivation of this design idea remained. Below the recesses, the Latin name of the church has been engraved on the concrete surface. 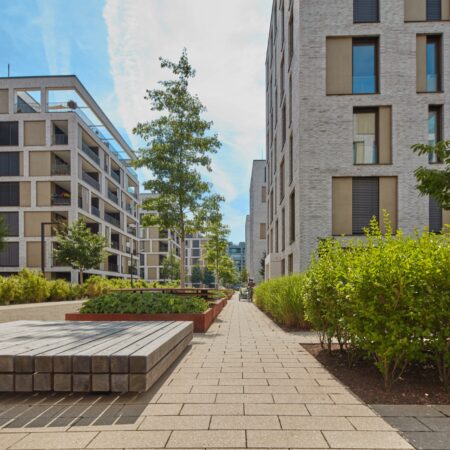 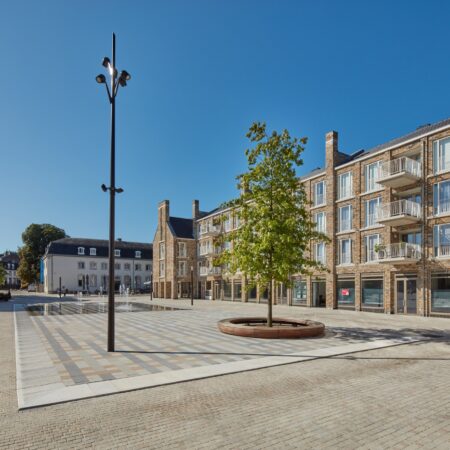 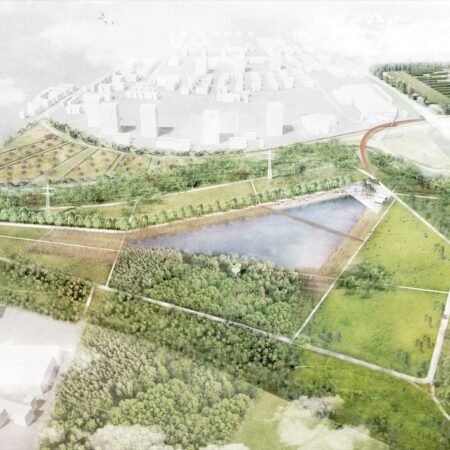 The Park Trilogy in Lahr 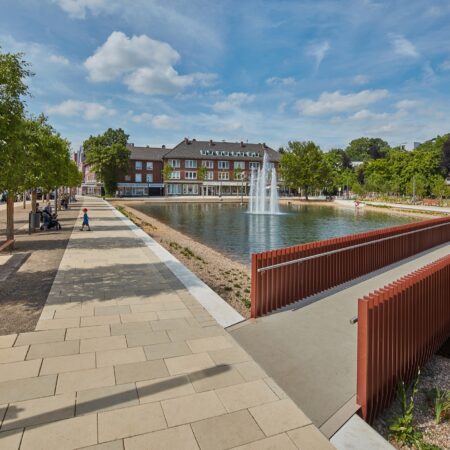 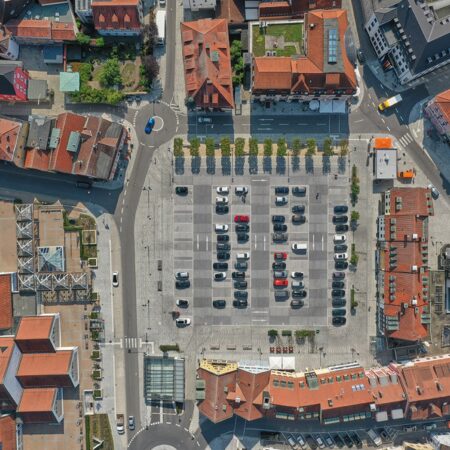 Redevelopment of the Central Square, Kulmbach