Sub Base Platypus in Kirribilli, Sydney, which is on the traditional lands of the Cammeraygal has a rich and interesting history. In 1876, the site had its first major transformation, becoming a gasworks for residents of North Sydney. In 1942, it was transformed into a torpedo factory to support the war effort, and in 1967 it was commissioned as HMAS Platypus, a base for Australia’s Oberon Class submarines.

ASPECT Studios was engaged by the Sydney Harbour Federation Trust in 2012 to undertake design works for critical remediation in the Northern Park. In August 2016, ASPECT Studios, along with lahznimmo, were again engaged to develop and deliver a vision that would celebrate the site’s rich maritime, industrial, and natural history. In 2020, after 150 years behind locked doors, Sub Base Platypus was finally opened to the public. 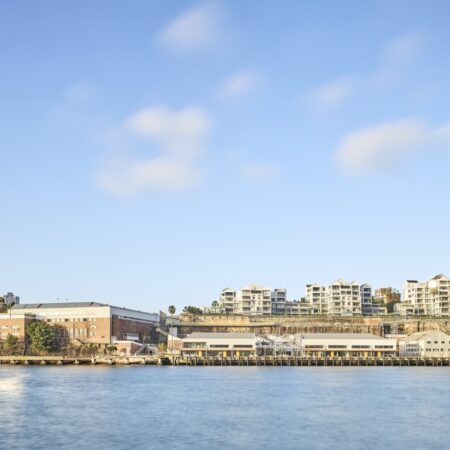 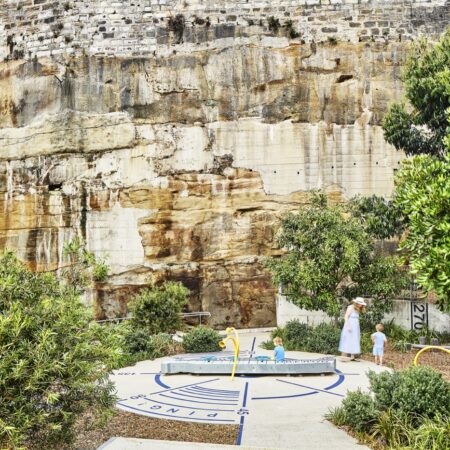 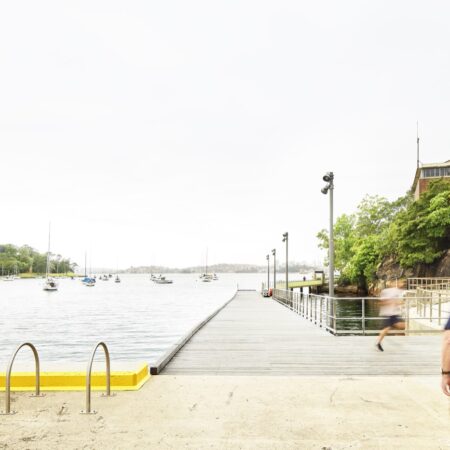 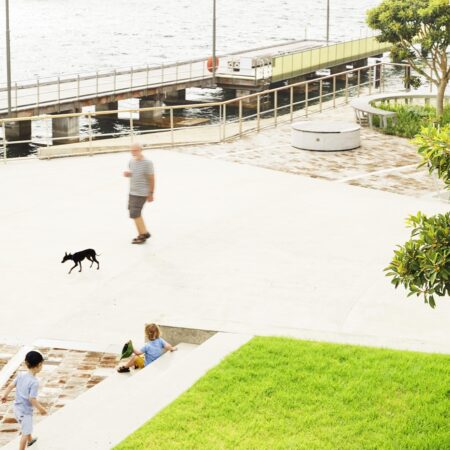 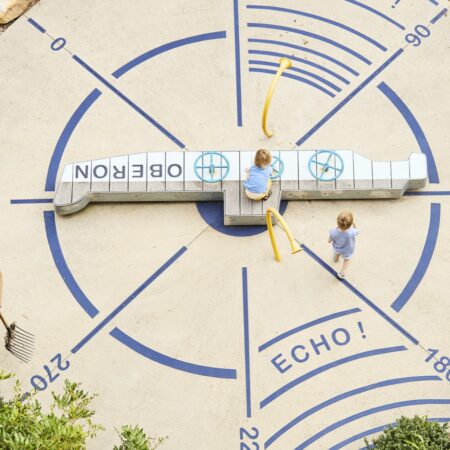 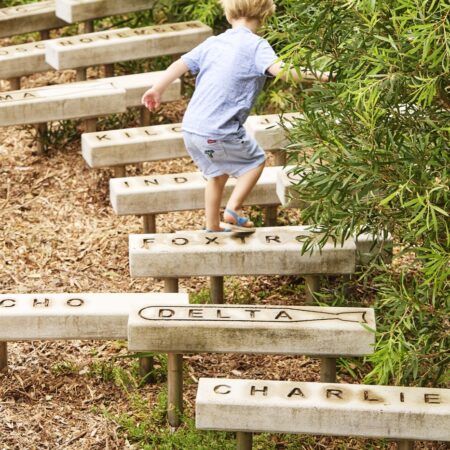 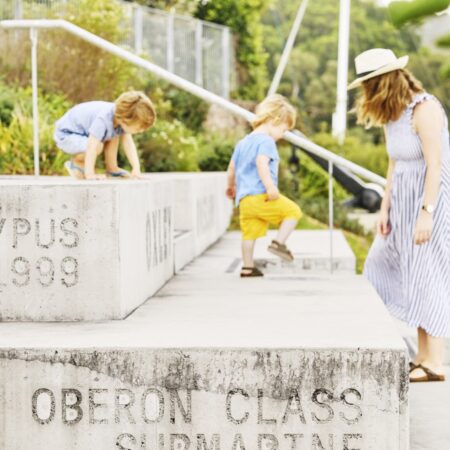 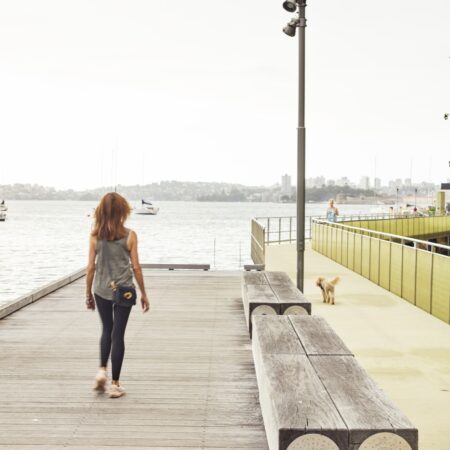 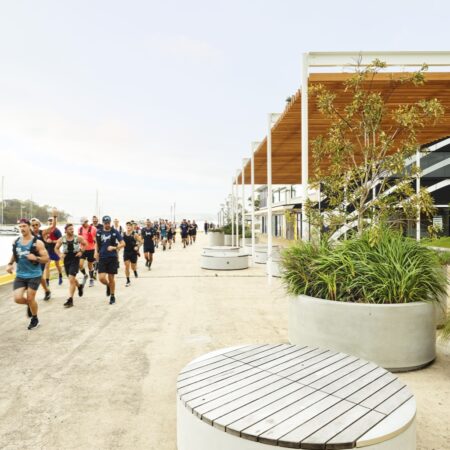 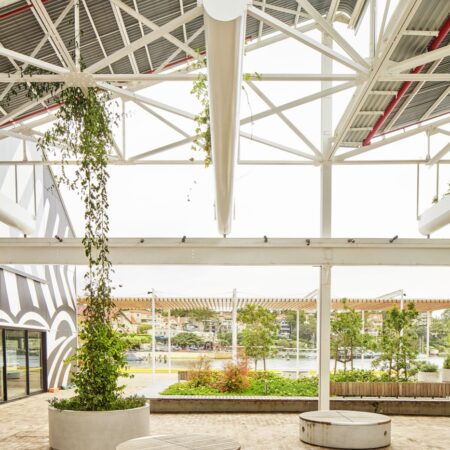 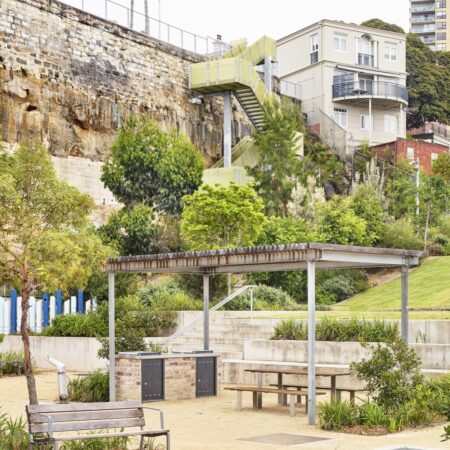 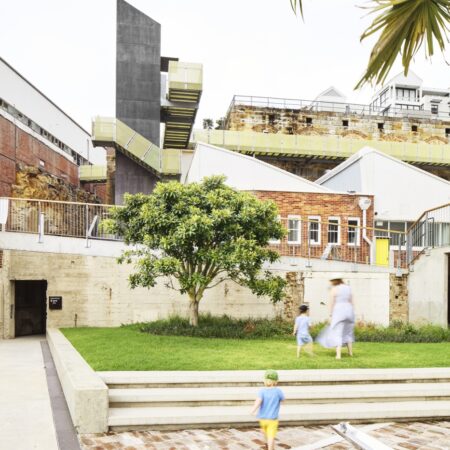 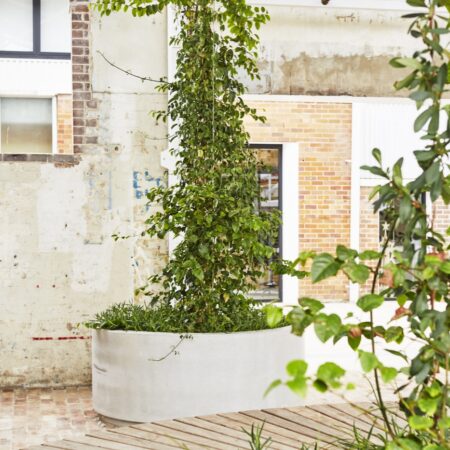 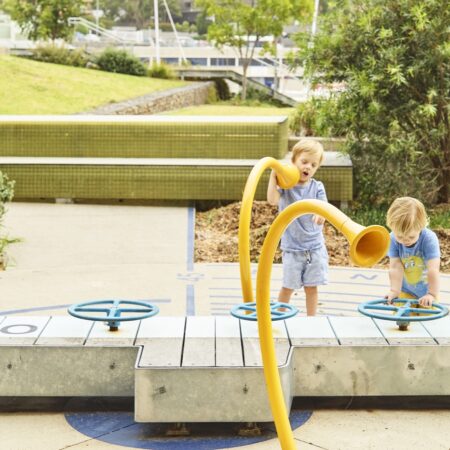 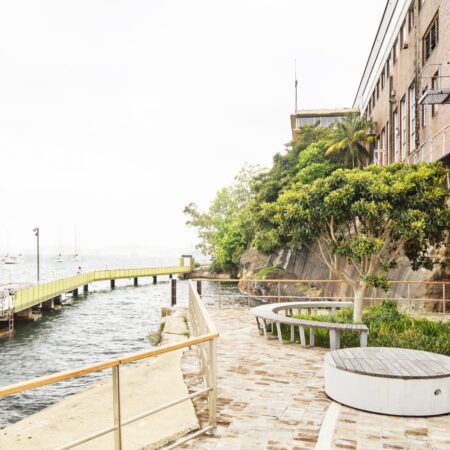 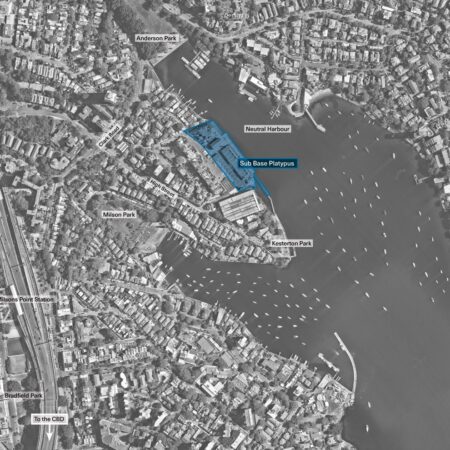 The establishment of the gasworks fundamentally altered the site’s natural topography, cutting it off from its surrounds. Accordingly, reconnecting the site to Kirribilli was an overarching principle of the project. ASPECT Studios underwent extensive design testing of Northern Park links in 2012, followed by design development and documentation of site-wide links by lahznimmo from 2016.

Four new access points now stitch the site back into its leafy surrounds;

The myriad of arrival experiences give visitors a diverse experience of the site, and ensure the complexity of the site’s history, topography and character can be enjoyed by all.

Balancing the protection of the site’s heritage, whilst creating a memorable recreational asset for the community, was a design priority. The approach was to preserve as much of the site’s industrial/maritime fabric as possible, removing two buildings to unlock space for a legible public domain offering.

Material and geometric cues reveal the site’s past uses and define space. Repetitive, circular forms in the northern park reference the former gasworks and define landscape rooms. These spaces are both inward and outward focused; the playground enclosed by restorative planting and the dramatic cliff cutting, others defining pause spaces that capture harbour views.

In the Central Courtyard, raised and hanging planters of cascading natives create a peaceful, sheltered space under the exposed steel trusses of the FIMA building. Courtyard walls are decorated with dazzle camouflage inspired graphics, recalling the site’s WW2 legacy.

To the south, Arrival Square has a more urban character. Concentric arcs in the paving recalls SONAR navigation, and simple seating edges allow users to pause under the shelter of indigenous trees.

Establishing a new ecology for amenity, biodiversity and sustainability was as important as protecting industrial heritage. It was critical to safely retain and cap contaminated fill generated by 150 years of industrial use. The Northern Park allows site fill to be safely retained, and facilitates reconnection to Kiara Close above.

ASPECT Studios worked with our client to develop the planting palette, focusing on re-introducing species that would have occurred naturally pre-industrialisation. Planting references the site’s pre-industrial state, utilising indigenous, harbourfront species to create a resilient community. The planting palette is naturally competitive, using tubestock in diverse mixes to the north of the site, whilst in the Central Courtyard and Arrival Square the palette is more curated, using planting form and texture to define spatial character.

Throughout Sub Base Platypus, materials are carefully selected and utilised to celebrate the site’s heritage, withstand waterfront conditions and create amenity. 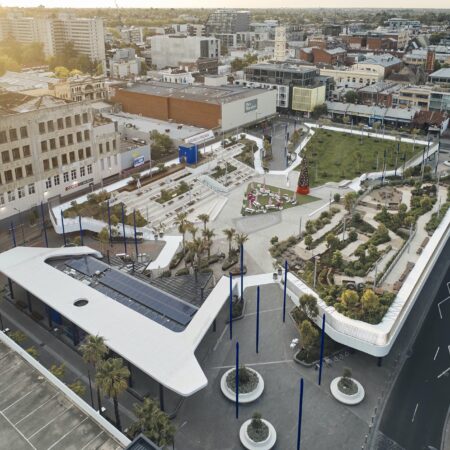 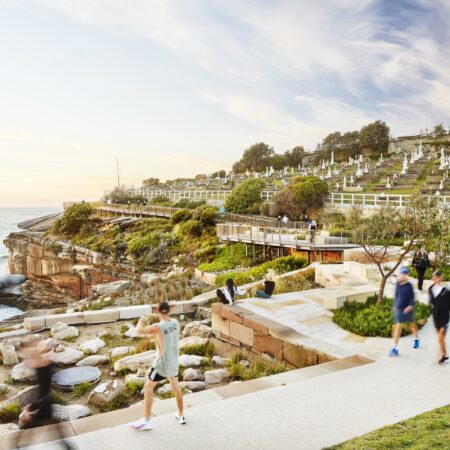 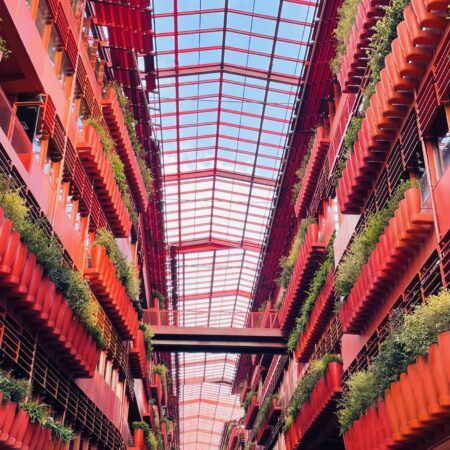 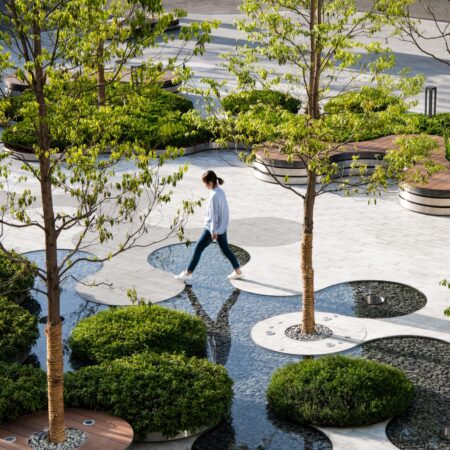 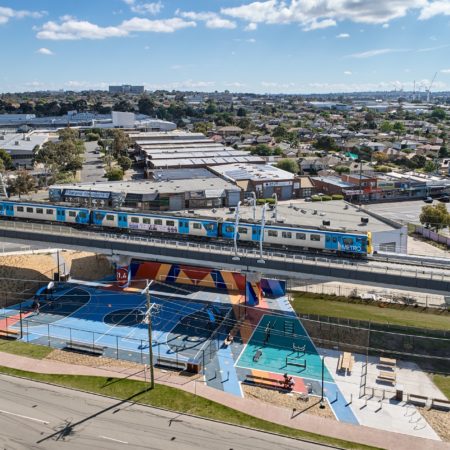 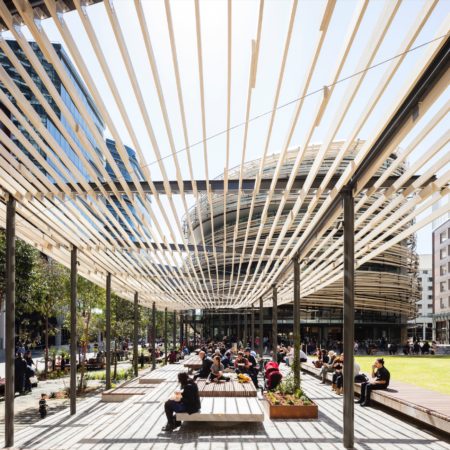