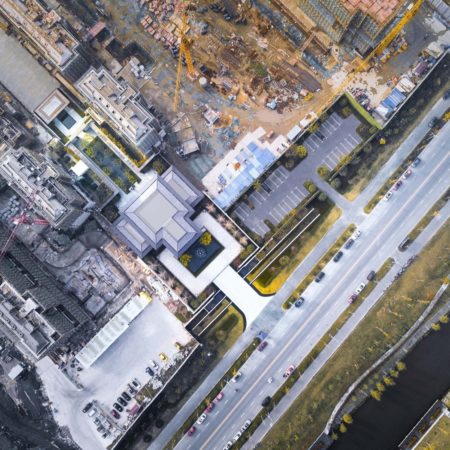 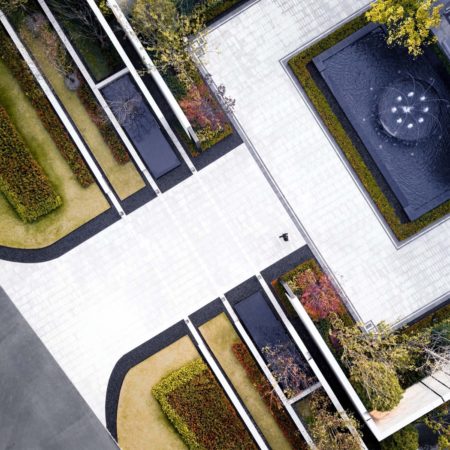 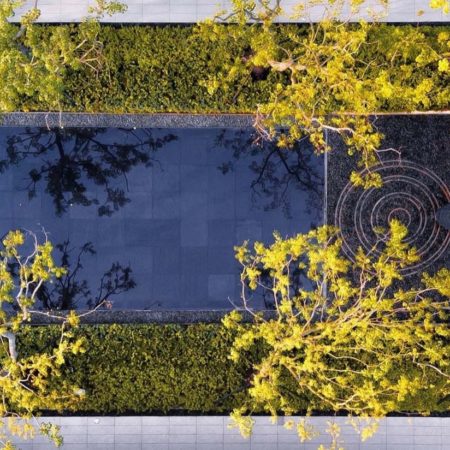 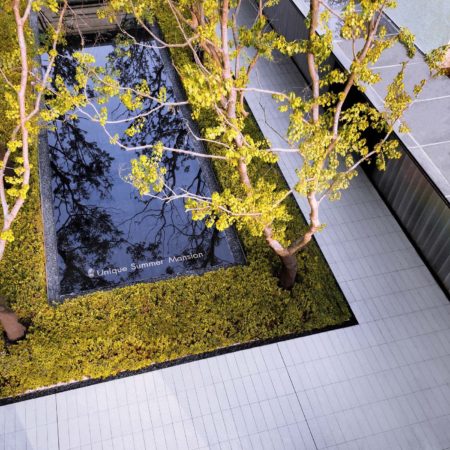 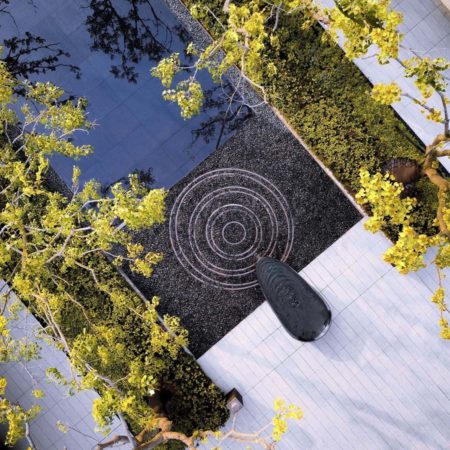 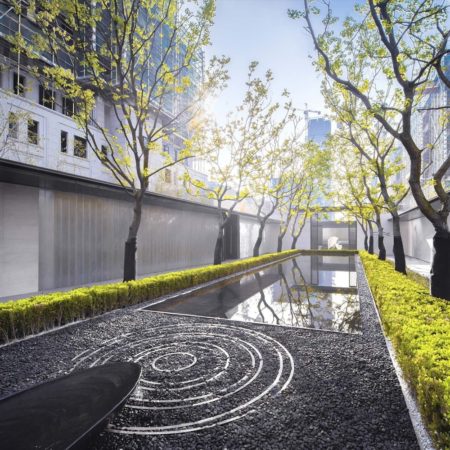 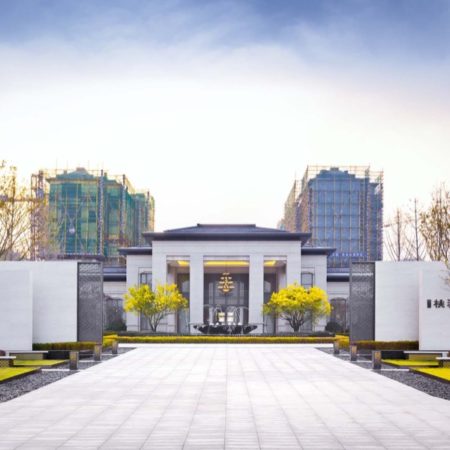 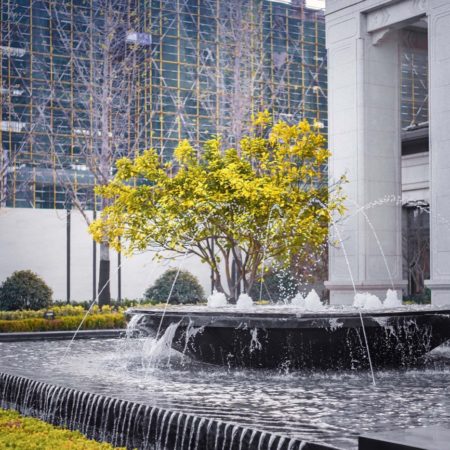 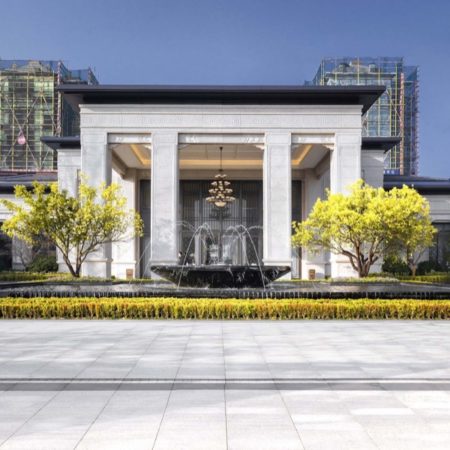 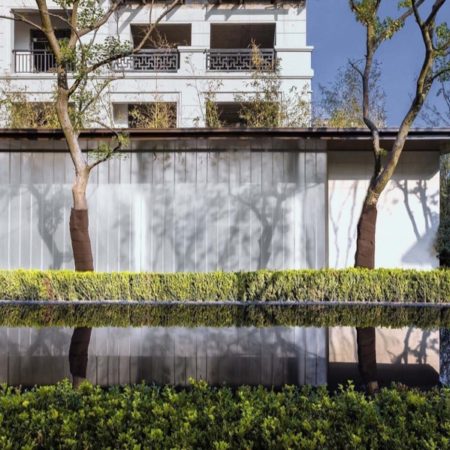 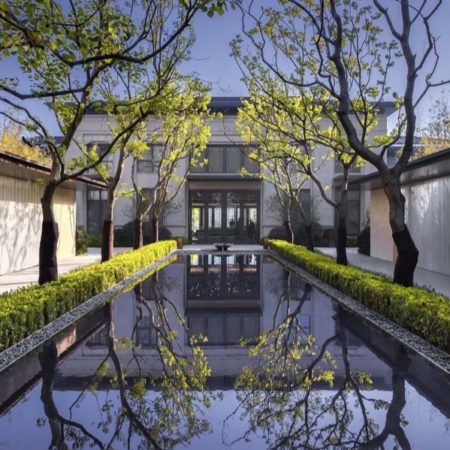 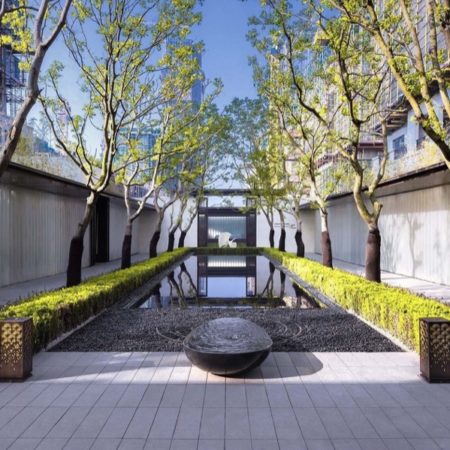 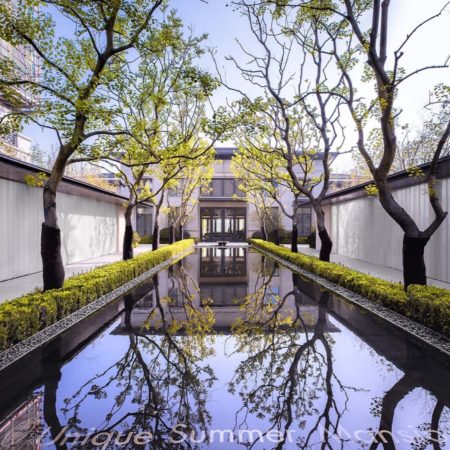 When we mention Taixing, most of us think of the ginkgoes. The city tree, ginkgoes, have already been the city card. At the same time, the ginkgoes have witnessed almost one hundred years’ history of elegance in Taizhou, which is regarded as the little Shanghai in northern Suzhou during the late Qing and early republic period. Therefore, we use “go over the style of Republic of China through one hundred years’ gingkoes” as our design concept topic. The topic shows that it lets people return the age of Republic of China to have a taste of amorous feelings by opening the door of time with one hundred years’ gingkoes. The design inspiration, the shape of ginkgo leaf, which is in the elegantly and relaxedly falling posture, will be used in the whole area. It makes the whole exhibition area clear and open and has an effect of being close to the nature. First of all, we divide the space into the foreyard and the backyard according to the entrance and the lobby. And the backyard is divided into the water courtyard and the gallery courtyard.

Foreyard: The design of entrance conforms to the rule of minimalism with the logic of balance, proportion, rhythm, dimension and so on and the artistic aesthetic feeling. The symmetry of foreyard gives people the sense of solemnity and ceremony, containing the beauty of balance and stability. Water courtyard: The space construction of it is the two sing-arm cloisters. The central mirror-like waterscape makes the inverted reflections of wayside Chinese tallow trees, the sky and the surrounding together, letting people be full of imagination. The round fountain water bowl and stainless steel lines which are concentric circles are set at the front end of the waterscape. The water bowl is like the inkstone and the concentric circles are like the ripples which are made by the dropping of the water from the inkstone. It has a great impact visually and builds a strong sense of center to explain the idea of ying and yan. In the two side cloisters, the sunlight shines on the U-shaped glass through the plants, enriching the layers of light and shadow and increasing the aesthetic feeling of obscuration.

Gallery courtyard: The view is more open when we enter it. The pergola in central reception room is the background and in the center of waterscape in front of the pergola, there is a sculpture of white ginkgo leaf. It brings the space a touch of vividness. Minimalist Republic of China style is the innovation in landscape style. It brings a new atmosphere to Taixing housing market which was once mainly with traditional French style. 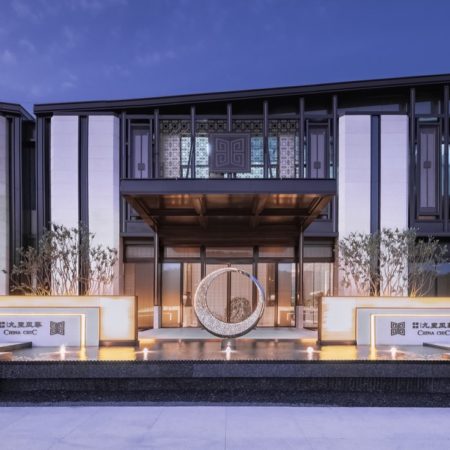 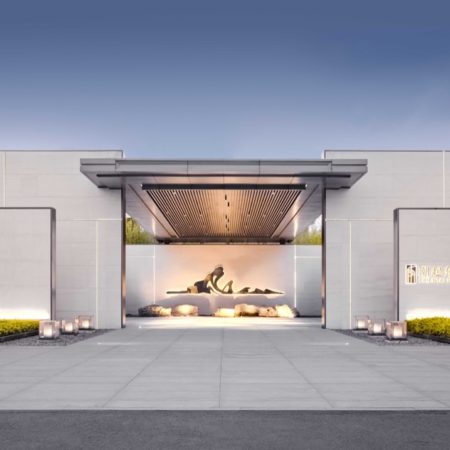 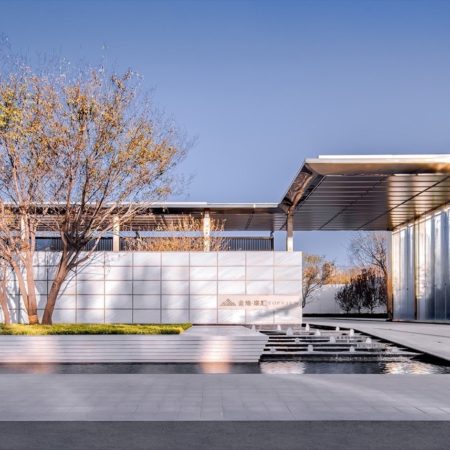 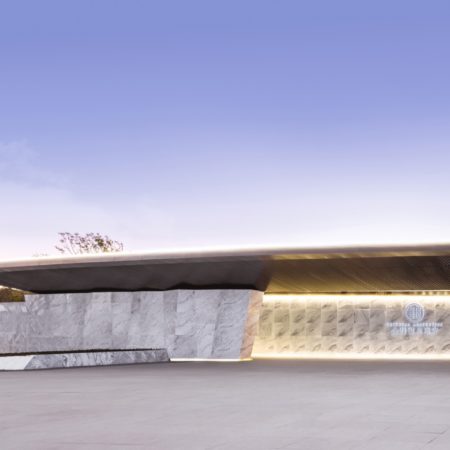